AC Milan striker Zlatan Ibrahimovic was due to return to Old Trafford to take on his former side in the Europa League, but an injury means h... 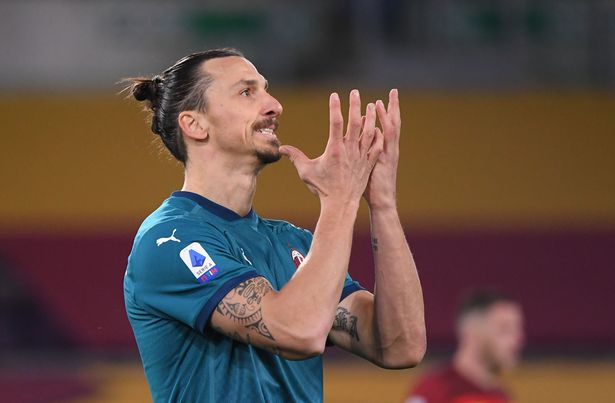 AC Milan striker Zlatan Ibrahimovic was due to return to Old Trafford to take on his former side in the Europa League, but an injury means he'll play no part in the tie

Zlatan Ibrahimovic is set to be denied an Old Trafford return due to injury.

AC Milan striker Ibrahimovic was preparing to take on his former side Manchester United in the Europa League last-16, but a muscle injury to his left thigh will rule him out of the tie.

The first leg at Old Trafford is scheduled for Thursday, March 11.

The return leg is a week later on March 18, but it's looking unlikely the Swede will be available for this match too, with the injury set to be reassessed in 10 days.

Ibrahimovic was a big player for Manchester United and netted 29 goals and ten assists in 53 appearances in all competitions.

After his 2018 departure to LA Galaxy, the Swede revealed he wished it hadn't taken him as long as it had to join the Red Devils.

"I feel sorry for the fans – if they'd seen me younger, they'd have seen a different lion," he said. "For the Premier League, it would have been dangerous, as I would have eaten them for breakfast; instead, I took them for lunch.

"But I came: they wanted me, I gave them me and I took over. Been there and done that."

Ole Gunnar Solskjaer was also looking forward to the proposition of coming up against Ibrahimovic, although will likely be relieved he can no longer feature.

"We do have the tradition of making it hard for ourselves in draws," said the United boss.

"The tradition and history of AC Milan, it's a great club that we welcome and it's a great stadium that we go to there, and we're looking forward to it.

"Zlatan, of course, I've been so impressed, I've got to say, by how his career has gone. He had a career-threatening injury when he was here but came back from that and went to [the] MLS, then came back to Milan and has really lifted them.

"They're on the up and have done really well this season. I've been so impressed by him."