3 talking points ahead of Manchester United vs Brighton

Manchester United are back in Premier League action on Sunday as they host Brighton & Hove Albion at Old Trafford. The Red Devils are ... 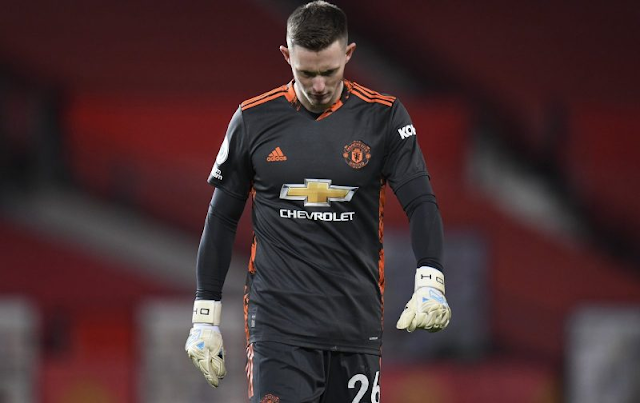 Manchester United are back in Premier League action on Sunday as they host Brighton & Hove Albion at Old Trafford.

The Red Devils are unbeaten in their last nine top-flight matches and sit second in the table.

With it being incredibly unlikely that they’ll close the 14 point-gap to leaders Man City, they’ll want to increase their eight-point advantage over fifth placed West Ham in the crucial race for Champions League football.

With players returning from international action and a Europa League last-eight tie against Grenada to come on Thursday, boss Ole Gunnar Solskjaer may opt to utilise his squad as much as possible in the upcoming games.

Brighton visit Old Trafford in decent form themselves having one their last two matches to give them a six-point gap back to Fulham in the relegation zone.

The Seagulls also gave the Red Devils a big scare at the Amex in September when, despite creating numerous clear cut chances, they were beaten 3-2 thanks to a last-gasp penalty by Bruno Fernandes.

So what are the main talking points ahead of Sunday’s encounter?

Here we’ve selected 3 things to keep an eye on…

It’s the big question at Old Trafford at the moment – who does Solskjaer view as being the number one for next season? Dean Henderson has deputised between the sticks in recent weeks and – despite a mistake in the home leg vs Milan – has performed admirably. The Englishman has played the last six matches as long-term number 1 David De Gea was granted special leave by the club. The Spaniard returned to the bench for the FA Cup defeat at Leicester but, with Henderson playing in the previous rounds, the 24-year-old would’ve started anyway. But following the international break, Solskjaer has a huge decision who to play in goal against Brighton. It would be harsh on Henderson to be dropped but De Gea has been a stalwart for nearly a decade. Whoever he picks could signal who will be wearing the gloves and who may have to look for a new challenge next season.

Dan James’ Manchester United career seemed close to being over in the past couple of transfer windows with speculation rife that the Welshman was to depart Old Trafford. However, since the start of February, the 23-year-old has had his own personal renaissance and is very much a part of Solskjaer’s plans again. His performances against Sociedad and Manchester City were particularly impressive. Now, having come off the back of scoring a Wales winner against Czech Republic, the winger’s confidence will be high. So whether Solskjaer opts for him from the start, or from the bench, James could have a big impact once again against Brighton.

Telles or not to Telles

The arrival of Alex Telles has taken the performances of Luke Shaw to a whole new level. The left-back has been one of United’s standout performers this term and has even got himself back in the England squad. Telles is quite some full-back himself, having arrived from FC Porto with 26 goals and 57 assists in 197 matches. During the international break the Brazilian spoke of his admiration and rivalry with Shaw. With United having a huge Europa League game four days later, it will be interesting to see if Telles gets a seventh Premier League start of the season against 16th placed Brighton.