When Manchester United first signed an 18-year-old Cristiano Ronaldo in 2003, he was a rough diamond of a tricky winger, whose electric fe... 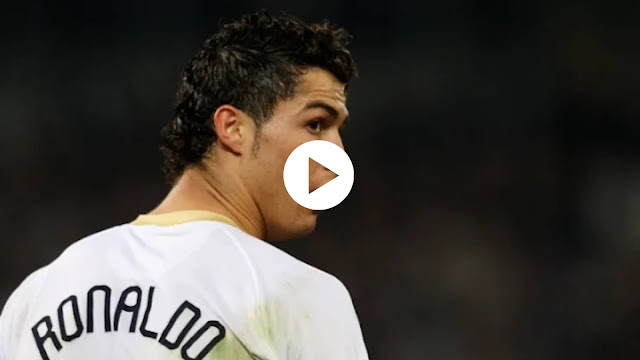 When Manchester United first signed an 18-year-old Cristiano Ronaldo in 2003, he was a rough diamond of a tricky winger, whose electric feet were unbelievable to watch but not always that effective.

By the time he left in 2009 he was a game-changer of epic proportions, whose polished abilities covered the full spectrum of attacking attributes.

As a player whose greatest asset was his technical skill, Ronaldo developed into a supreme athlete, for whom immense power and athleticism soon became an even greater part of his armoury.

Even from a young age, he was a good header of the ball; one of Ronaldo’s earliest United goals was a pinpoint headed effort in the 2004 FA Cup final against Millwall, having ghosted into the penalty area unchallenged and firmly planting the ball into the net with his forehead.

Within a few weeks, the youngster went on to score a similar goal for Portugal against Greece in the opening game of Euro 2004. When wingers score headers, it is usually arriving unmarked at the back post, and Ronaldo was no exception at that time.

Yet as he matured and physically developed, honed in the gym with strength and conditioning training as much as ball work outside, Ronaldo became far more than an ordinary winger.

His explosiveness resulted in a massive increase in goals almost overnight and powered United to the 2006/07 Premier League title after a four-year drought. He stepped that up another level in 2007/08, going from 17 in the league to 31. United again won the Premier League and also conquered Europe in the Champions League for the first time since 1999.

If there could be just a single moment to best illustrate Ronaldo’s transformation over the first part of his career into an all-round forward it would be the phenomenal bullet header that set United on the way to a quarter-final victory over Roma.

This was different to those earlier headers against Millwall and Greece because of the sheer force behind it, the power to generate the immense leap and beat the defenders to the cross, compared to the others when his only focus had to be on guiding the ball on target.

Ronaldo dispelled any last shred of accusations of being a ‘soft’ winger because he rose to meet the ball knowing that a heavy physical collision was likely whether he got there or not. The hit and fall that inevitably came as he powered the ball into the back of the net knocked the wind out of him, but he had done his job by scoring a crucial away goal that put his team in front.

Ronaldo was a game-changer so often that season, which remains one of the very best in United’s storied history, finding a way to use his ever-increasing array of abilities to make the key difference in any given moment. By then, he was so far removed from the frustrating teenager that first arrived in Manchester and was already well on his way to becoming one of the greatest of all-time.