Bayern Munich chiefs feel confident that they will be able to sign Erling Haaland for his release clause at the end of next season, a repo... 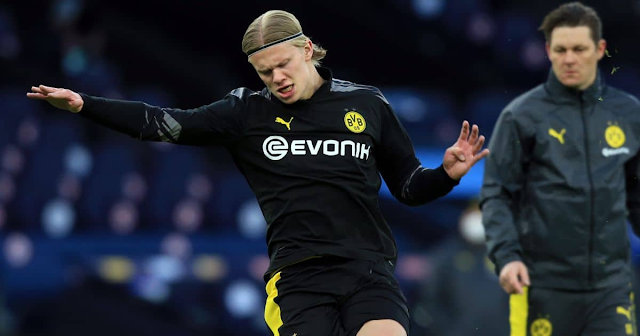 Bayern Munich chiefs feel confident that they will be able to sign Erling Haaland for his release clause at the end of next season, a report claims.

Haaland goes into this summer’s transfer window as one of its hottest properties. The Norwegian has scored 33 goals in 34 games this season, leading to speculation about his next move. Previous reports have touted that Manchester United, Chelsea and Manchester City all want to sign him in the coming months.

However, the focus has somewhat shifted in recent days.

Haaland’s agent, Mino Raiola, confirmed after talks with Hans-Joachim Watzke that the Dortmund CEO wants to keep his star player this summer.

Therefore, the prospect of the 20-year-old leaving for his £65million release clause – which becomes active next summer – has become realistic.

What’s more, according to the Daily Mail, Bayern feel confident that they would win the race for the striker if that situation came to light.

That is despite clubs preparing to test Dortmund’s resolve with £100million-plus offers this summer.

Indeed, the newspaper adds that Haaland’s suitors – including City and Chelsea – are unlikely to take any notice of Watzke’s comments.

Chelsea owner Roman Abramovich has reportedly made it his personal mission to sign the player.

City boss Pep Guardiola has insisted that his club cannot afford to replace Sergio Aguero with a standout new signing. However, the Etihad club still reportedly have Haaland on their radar.

Nevertheless, Bayern have a history of poaching Dortmund’s best talents.

Centre-back Mats Hummels, midfielder Mario Gotze and striker Robert Lewandowski have all made the famous move across the Bundesliga.

However, Lewandowski will turn 33 in August and the German champions see Haaland as his ideal successor. 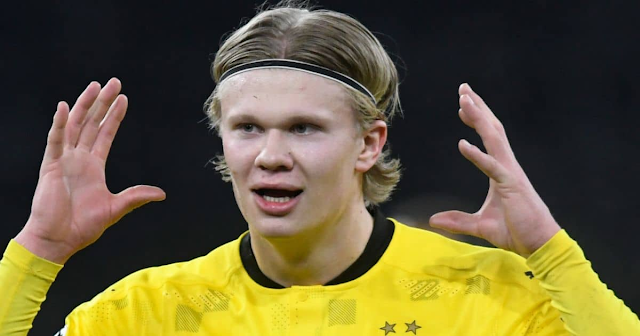 United have also been linked with a move for Haaland this summer.

However, further speculation has claimed that the Red Devils harbour concerns about their abilities to sign him.

United tried to sign his team-mate Jadon Sancho in 2020, but refused to meet Dortmund’s £108million valuation.

As such, chiefs feel that the same could happen in 2021.