Manchester United needed a goal against Tottenham and up popped Fred to score for the first time in the Premier League since 2018. Fred’s ra... 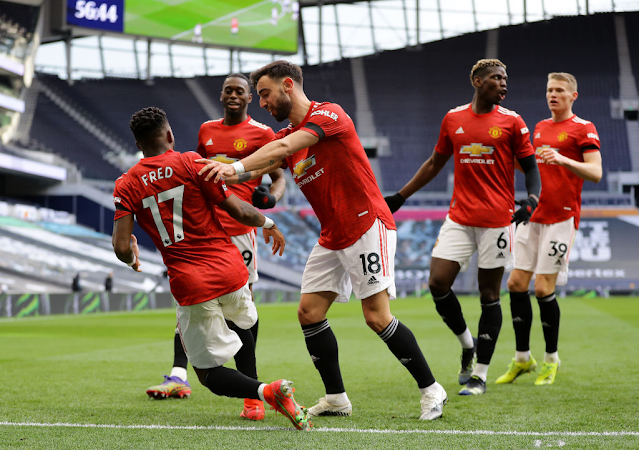 Manchester United needed a goal against Tottenham and up popped Fred to score for the first time in the Premier League since 2018.

Fred’s rare strike was perfectly timed, the equaliser in a 3-1 away victory for United.

It sparked a release of emotion for United’s players, who were frustrated with the wrongly disallowed goal in the first half. 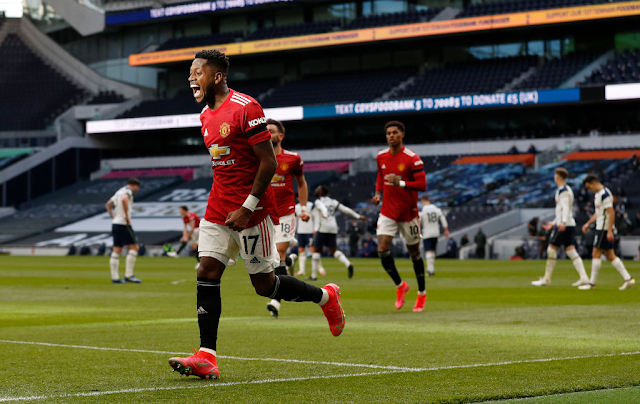 In the celebration, Bruno Fernandes pushed Fred over, in an affectionate way, after the Brazilian rose to his feet after wheeling off towards the cameras.

Fernandes sent a message out last night underlining his love for his teammate.

Fred is a popular player with his United teammates and it is easy to see why, with his tireless energy usually making their lives easier.

He had more touches than any player on the pitch against Tottenham, and it was great to see him get his goal.

Fred was in position to score it after Edinson Cavani’s shot was saved, because he chose to carry on his run after making the pass to the striker.

If he had just stopped and decided his job was done after making the pass, then he would not have been in position to score the rebound.

It was a goal which needed a bit of luck, with the ball bouncing his way, but it was also down to desire too. Sometimes you make your own luck, and that’s what Fred did against Tottenham.