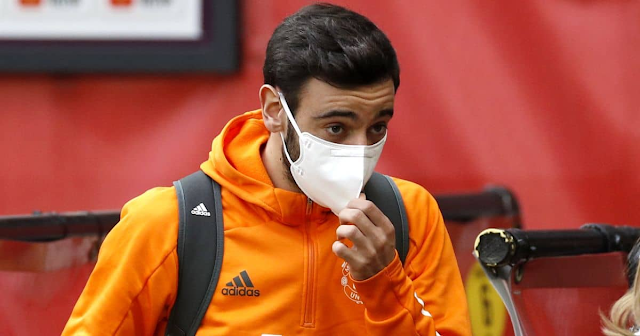 Bruno Fernandes has challenged Ole Gunnar Solskjaer’s claims about winning trophies – and insists their recent record is not good enough for a club the size of Manchester United.

Solskjaer’s side only have one trophy avenue open to them this season in the Europa League. There they face Granada in Thursday’s quarter-final – and are currently favourites to win the tournament. That would represent a first piece of silverware under Solskjaer’s regime.

One of their avenues, the FA Cup, was closed off to them last month when they lost in disappointing fashion at Leicester. After the game, Solskjear played down the importance of winning trophies. He even suggested they are an ‘ego’ thing for players and other managers.

“In the league position you see if there’s any progress for me, that’s always the bread and butter of the season,” Solskjaer said. “That you see how capable you are of coping of ups and downs any cup competition can give you a trophy. But sometimes it’s more of an ego thing from other managers and clubs to finally win something.”

However, Fernandes clearly disagrees, as he explained to FourFourTwo why he views trophies as the most important aspect of football.

Clearly Fernandes wants to address that as soon as possible.

“We can’t think of anything else at this club,” he said. “United is made for trophies and the whole mood is around that.

“We reached the semis [of the League Cup] and lost to City, but that’s not enough.

Greenwood, who rose through United’s academy ranks, exploded onto the first-team scene last season. The teenager scored 10 Premier League goals, becoming only the third player aged 18 or under in the competition’s history to reach double figures in a season. Despite struggling in the early parts of this campaign, though, he has impressed in recent weeks.

Indeed, he has played the full 90 minutes in five successive games, scoring in each of the last two.

In fact, his latest goal earned United three points in the 2-1 win over Brighton at Old Trafford on Sunday.

Speaking to MUTV, Red Devils colleague Fernandes insisted that goalscoring should not be at the centre of Greenwood’s attention. 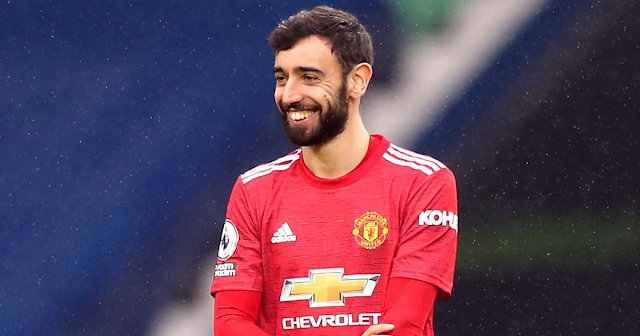 Instead, he urged the youngster to focus on his all-round development, well aware that a natural eye for finishing will not desert the forward.

“Everyone has to know that Mason is a young player and now everyone is starting to know how Mason is, it will become more and more difficult for him,” Fernandes said.

“It is normal. It is part of the development for him and he will learn from here so it doesn’t matter how many goals he scores; the most important thing for us is that he still helps the team and he is doing his best.

“It is important for us as a team, it doesn’t matter who scores.

“If Mason scores for us or not, it is important if he can do other jobs, recover balls, pressing, defend when we need it, make assists, create danger.

“So it is not important for him to score. He has to understand, he is such a young lad. Of course, every striker wants to score but, anyway, he will score more and more goals as the seasons pass.”