Manchester United will lock horns with Burnley at Old Trafford on Sunday evening, hoping to pick up a win on their home turf.

The Red Devils will be coming into the match on the back of an impressive 2-0 win over Granada in the UEFA Europa League, whereas Sean Dyche’s men recorded a 2-1 loss against Newcastle United last week.

Ole Gunnar Solskjaer will probably opt for the 4-2-3-1 formation with several tweaks from the last game. Dean Henderson might get the nod over David de Gea, whereas Marcus Rashford looks likely to make his way back into the starting eleven.

Dean Henderson is expected to replace David de Gea in goal for the upcoming home encounter. The English shot-stopper would be looking to put up a strong performance and secure a clean sheet on Sunday.

Victor Lindelof will form the centre-half partnership with skipper Harry Maguire at the heart of United’s backline.

Luke Shaw, who was given a complete rest against Granada, should be fit for the weekend. Aaron Wan-Bissaka is a guaranteed starter at the right-back position, whereas Luke Shaw will start the other flank at the left-back. The English duo would be expected to stay compact and keep their shape defensively.

Paul Pogba is expected to start in the central midfield position, whereas Scott McTominay will slot in as the defensive midfielder.

Bruno Fernandes remains a sure-fire starter for United this week, and it’ll be an understatement to say The Red Devils will be highly dependent on the Portugal international’s creative work if they wish to pick up a positive result against the Clarets.

Marcus Rashford and Mason Greenwood will take up the wide positions, playing on the left and right-wing respectively. Fred will have to settle for a place on the bench but might be called upon in the latter stages of the game if needed.

Edinson Cavani is expected to lead the line for the hosts against Burnley this weekend. The Uruguayan’s adept movement in front of the goal could be utilised as an asset against Sean Dyche’s side. Moreover, with two goals to his name in the last two matches, he’ll fancy his chances of getting his name on the scoresheet yet again. 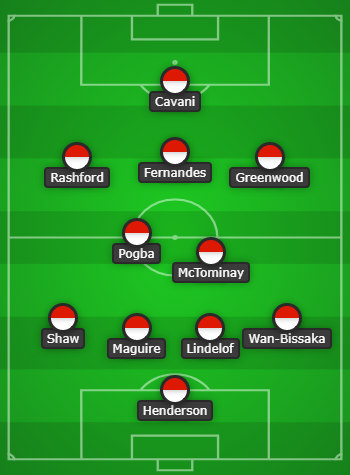 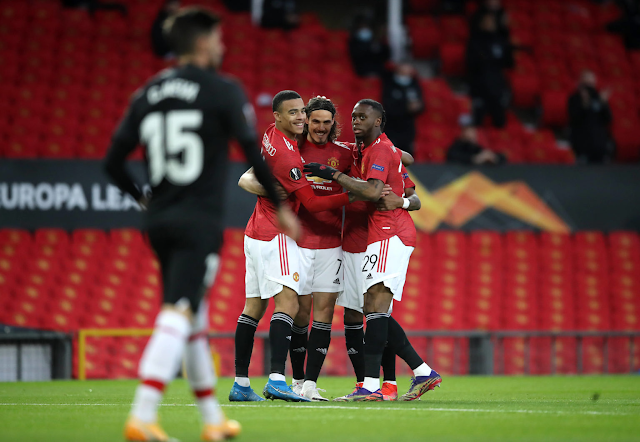