Similarly to his father, Robbie Savage, he plays in midfield, and he's made 19 appearances for United’s Under-18s this season in all competitions, scoring two goals and providing five assists.

Often playing in a box-to-box midfield role in United’s youth setup, Savage's performances have been rewarded with his first professional deal, and he becomes the latest youngster at the club to sign a new contract.

Now 17 years old, Savage will continue to develop in United's youth system and will aim to eventually break into the first team to play at Old Trafford.

Savage Sr never made a senior appearance for United, but he still enjoyed a successful career with spells at Leicester, Birmingham, Blackburn and Derby, while also amassing 39 international caps for Wales.

Savage Jr has already featured for Wales' youth teams, following in his father's footsteps, although he's now revealed to The Sun that it's actually Scott McTominay he's hoping to emulate at United.

“The main inspiration for me is Scott — he’s the best with us. He comes over to talk to us. He had it difficult in the youth team," Savage said. “He didn’t play many matches but he just kept going and he proved it’s not always the standout players who make the first team.

“Sometimes it’s the players who might have had a back seat but they keep pushing and pushing. Scott, Marcus Rashford and also Brandon Williams all inspire us to improve and move forward.”

Last month Savage made his Under-18 Wales debut in a defeat by England, and while comparisons to his father have been made as they both have similar hairstyles, he insists that's where the similarities end.

"We are different. He was tenacious, whereas I’m more of a ball player. I think I’m a better finisher than him too! He won’t like me saying that — but if I can have half the career he had, then I’ll be very happy.” 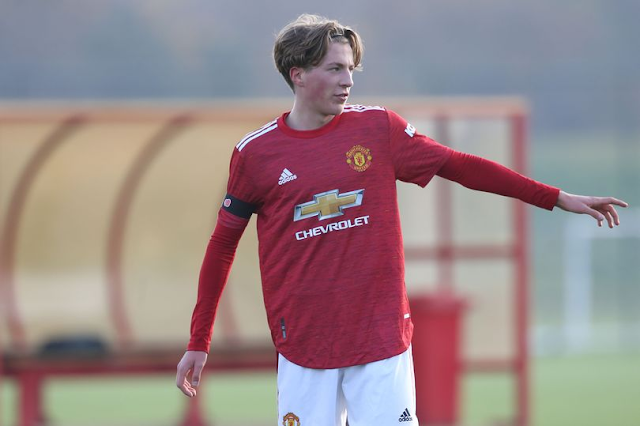