As West Bromwich Albion scored the fourth goal of their eventual shock 5-2 victory against Chelsea, the Baggies inflicted some unwanted hi... 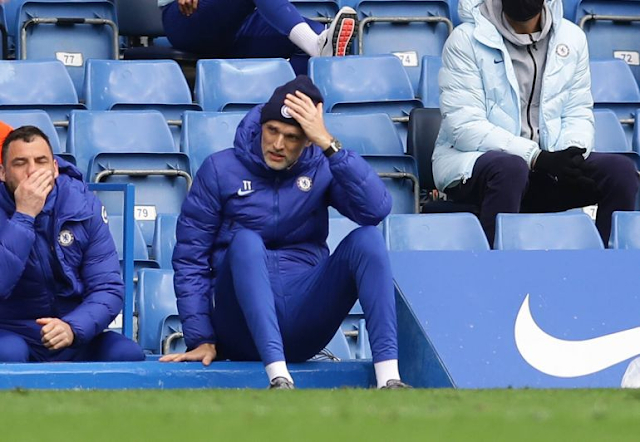 As West Bromwich Albion scored the fourth goal of their eventual shock 5-2 victory against Chelsea, the Baggies inflicted some unwanted history onto the Blues.

Opta report that Sam Allardyce’s side are the first promoted team to put four past the West London outfit at their home since Wimbledon in December 1986, in a fixture that the Blues lost 4-0.

With the final score ending up being more miserable for Manager of the Month Thomas Tuchel, we can’t wait to see what other unwanted feats Chelsea have broken with their embarrassingly off display today.

The Blues held a 1-0 lead but quickly found themselves being carved open after Thiago Silva was sent off, with the Brazilian turning in another nightmare display against the West Midlands outfit.

4 - West Brom are the first promoted team to score four goals in a top-flight away match against Chelsea since Wimbledon won 4-0 at Stamford Bridge in December 1986. Feast. #CHEWBA

This is the first defeat since Tuchel replaced Frank Lampard as Chelsea manager, ending a 14-game unbeaten run, the Blues now have the difficult task of patching themselves up before a key Champions League knockout tie against Porto on Wednesday night.

This certainly is a bad day for Chelasea!