The confirmed Man Utd XI is in, as the Red Devils gear up to play their first leg vs Granada. For Ole Gunnar Solskjaer, it’s the Europa Le... 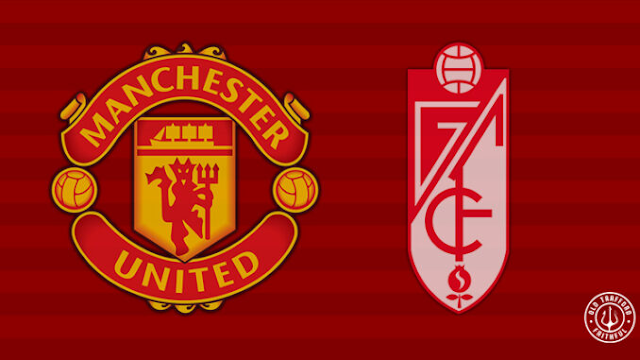 The confirmed Man Utd XI is in, as the Red Devils gear up to play their first leg vs Granada.

For Ole Gunnar Solskjaer, it’s the Europa League or bust. Manchester United have been handed a favourable draw in the quarter-final, though La Liga side Granada will not go down without a fight.

You’d like to think the squad is mentally prepared for this one, as slow starts have cost us on more than one occasion this term. We have to come out swinging and send a message to our opponents stating that they’ll be no upset taking place in Spain this evening.

Injuries were going to play their part for United here, hence why young Anthony Elanga has been named amongst the substitutes bench. He’ll take his place alongside Edinson Cavani, Amad Diallo and Donny van de Beek. Anyway, let’s get right into the confirmed Man Utd XI vs Granada.

David de Gea comes into the team in place of Dean Henderson, as Solskjaer continues his rotation policy in the cup competitions.

Aaron Wan-Bissaka starts at right-back as per usual, with Luke Shaw getting the nod over on the left – fending off stiff competition from Alex Telles. Harry Maguire captain’s United for this one, with Victor Lindelof making up the back four.

Scott McTominay is included in the side in that holding midfield spot, with both Bruno Fernandes and Paul Pogba playing here. No doubt these two are going to be key to the final score.

Marcus Rashford is risked, though I’ll be surprised if he sees out the 90 minutes. Mason Greenwood finally gets his chance to show what he can do as the lead striker, with Daniel James completing the team.