On the eve of Manchester United’s visit to Granada, for the first of the two legs in their UEFA Europa League quarterfinal tie, manager Ol... 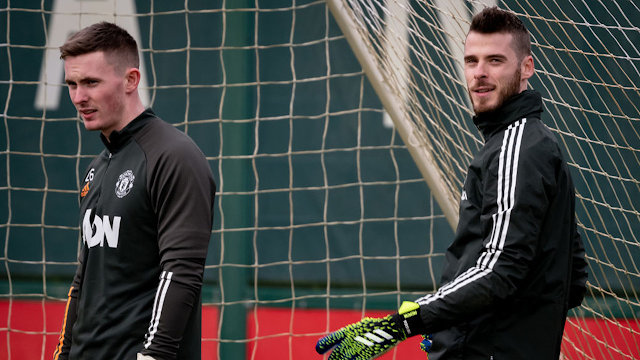 On the eve of Manchester United’s visit to Granada, for the first of the two legs in their UEFA Europa League quarterfinal tie, manager Ole Gunnar Solskjaer publicly declared an open battle for the Number 1 goalkeeping position. The Norwegian has recently hinted at the position battle brewing, but now he’s being more overt about the situation.

The roles have been reversed now, Dean Henderson has become the first choice goalkeeper, while David de Gea is the cup competition keeper. De Gea lost his starting spot when he went on leave to be there for the birth of his first child. 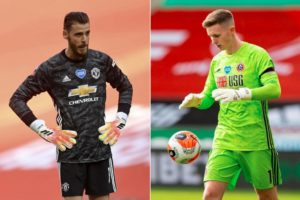 ue to covid-19 protocols, his return to the team from Spain was delayed.

Solskjaer says either man can win back the starting spot in between the sticks, and in describing the situation, he alluded back to his playing days at United.

“When you are a part of Man United there are always going to be players coming in that don’t just come to fill the bench,” Solskjaer told a press conference today.

“Everyone has ambition to take your shirt. I was there myself as a striker. We signed Ruud [van Nistelrooy], Diego Forlan, Louis Saha, loads of top strikers, Dwight Yorke and Teddy Sheringham. 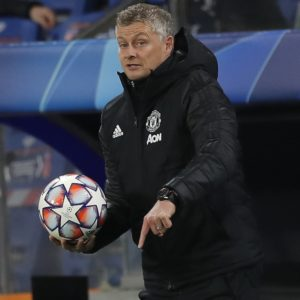 “The aim for me then is to prove to the manager that ‘ok I don’t mind you signing these but I’m still important for you and I’m still going to give everything I can to play’.

“David has had 10 fantastic years at Man United and he’s had challengers. Of course they want to play.

“Sergio [Romero] probably played less games than he deserved, Dean has come in and given it his all because everyone wants that place in the team. David does as well and it’s a healthy competition.”

“If it’s Dean or David, I’m very comfortable with both of them to play and I’m very happy that none of them are happy to not play.”

A decade ago, De Gea was the youngster trying to establish himself. He moved over from Atletico Madrid, in the summer of 2011, to replace the retiring Edwin van de Sar. De Gea found his way, and for awhile was arguably the greatest goalkeeper in the world.

He’s done a whole lot for this club, kept them relevant, at times, when no one else on the club was providing much support.

Right now he’s contributing as the No. 2 and as a big match in Granada approaches, one of the major storylines surrounding it is De Gea’s future.

This past weekend saw reports that United will buy out the final two seasons of De Gea’s contract, and let him move on this summer.