It’s easy to forget that Robbie Savage was once part of the famous Man United youth team that produced so many first team stars, but he ha... 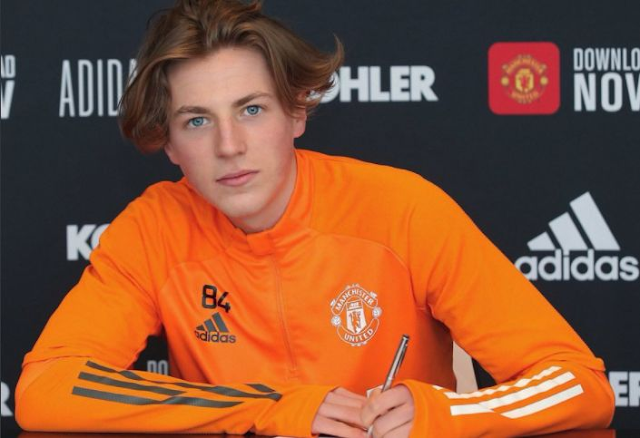 It’s easy to forget that Robbie Savage was once part of the famous Man United youth team that produced so many first team stars, but he had to go a different route on his way to the Premier League.

He enjoyed a long career in the top flight in a pantomime villain kind of role because of his long blonde hair and his hatchet man tendencies, but it’s confirmed that his son will get the chance to break through at Old Trafford.

Also Read: “It would be silly to turn it down” – Solskjaer urged to make exception to Man United transfer policy for this one player

Charlie Savage is also a midfielder although he can play as a full back too, and he’s confirmed that he’s signed a professional contract with the club.

Delighted to have signed my first professional contract @ManUtd . I would like to thank all of my friends, family and everyone @neweraglobalsports for all their support. The hard work continues 🚀 #mufc pic.twitter.com/HOKsDE8VwC

He’s been a key part of the U18 team this season and he’s also earned a call-up for Wales at youth level so he’s clearly a talented player, while it also sounds like he does have more technical quality than his Dad ever did.

He’s started to push towards a place in the U23 side by appearing on the bench for them a couple of times this year, so it will be exciting to see if he can keep developing and go on to become a first team player.