As the fallout continues from Man United's decision to join and then immediately leave the European Super League, attention will soon turn to Ed Woodward's tenue at Old Trafford.

Woodward, appointed United's executive vice-chairman in 2012, announced on Tuesday night that he would be leaving the club at the end of 2021.

A former investment banker with J.P. Morgan, Woodward has been credited with turning the Red Devils into a global cash cow, mining global sponsors like there's no tomorrow.

But for all the 49-year-old has excelled at improving United's global brand, his decisions from a footballing point of view have often left a lot to be desired.

Daily Star Sport have taken a look at Woodward's five worst moments at Old Trafford, culminating in the disastrous decision to join the European Super League.

When Sir Alex Ferguson has something to say, it's usually a good idea to sit up and take note - but Woodward didn't in 2019.

Back then, Fergie recommended Leicester's former head of recruitment Steve Walsh for a consultancy job at Old Trafford.

Walsh had unearthed stars like Riyad Mahrez, N’Golo Kane and Jamie Vardy during his time with the Foxes and was touted by Ferguson for a similar role at United.

Woodward, though, ignored the legendary manager's advice in a move which didn't go down particularly well by all accounts.

The summer of 2013 can probably be looked at as a significant turning point in United's history. Following the departure of Ferguson, Woodward had a real opportunity to stamp his own mark on the club.

Unfortunately for Woodward, time has not looked back fondly on his disastrous appointment of David Moyes and the near £60million splashed out on Juan Mata and Marouane Fellaini.

In many ways, United are still reeling from their inability to adapt after Ferguson - and a lot of that has to be attributed to Woodward.

Woodward derives a lot of his credit from his ability to get business done. So why couldn't he complete a deal for Jadon Sancho?

United were after the Borussia Dortmund star for the best part of two years but couldn't stump up the cash to bring him to Old Trafford.

None of these players can be considered any kind of a success at Old Trafford, yet all were signed by Woodward for astronomical fees well beyond their market value.

Add in the expensive acquisitions of Paul Pogba and Romelu Lukaku, neither of whom have lived up to their potential, and it all makes for very sorry reading indeed.

Woodward's final act prior to the announcement of his departure was to guide United into the European Super League - before taking them straight back out following fan pressure.

The executive vice-chairman was one of the leading brains behind the scheme, which fell apart within 48 hours of its conception on Sunday night.

Sources close to Woodward claim the the 49-year-old was planning to leave Old Trafford regardless, but there can be no doubt of the role the failed Super League played in his exit. 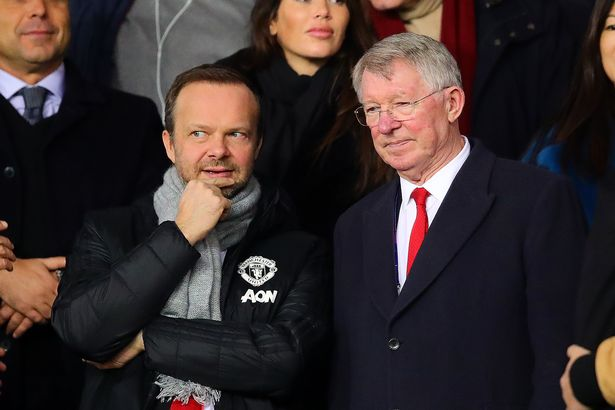