Edinson Cavani has reportedly held talks with Manchester United in order to secure a move away from the club.

The Uruguayan has been an integral part of Ole Gunnar Solskjaer’s team this season, with the striker bringing some much-needed experience and bagging 10 goals for the club.

With his contract expiring in June there has been a lot of speculation as to what the Argentine striker’s next move will be.

The former Napoli talisman is being linked with a move to South America, with Boca Juniors interested.

And according to Argentine media outlet Depo, Cavani has recently sat down with United chiefs and reiterated his plan to move on.

His father Luis previously told TyC Sports: “My son does not feel comfortable in England and wants to be close to the family again. Edinson is going to end up playing in South America.

“I want Edinson to play in a team that fights for something important.”

Discussions with the Argentine club Boca Juniors are said to have been positive, his discontent with being in England and desire to be home mean a deal is realistic.

Solskjaer has spoken about the striker’s contract situation, saying: “I’ve kept in touch with Edi of course. We keep an open dialogue and he’s still unsure what he wants to do next season, which I find fine.

“It’s not been an easy year either for him or the rest of the world, this season, so he still wants time to make his mind up.”

Earlier in the month the manager also admitted that Cavani not being settled may be the biggest factor in his departure, stating: “For a new lad who doesn’t speak English and not having his family over here, of course [returning to South America] is in the back of his head.

“With the pandemic it’s not been possible to have friends over, family over without quarantine. You can’t travel.

“He’s not been able to experience the fantastic culture in Manchester and in and around in England, and he is contemplating and thinking hard and long about what he wants to do and I understand.

“He knows what we want; I want him in Old Trafford when it’s full, Stretford End scoring a diving header like today. There’s no better feeling, so let’s wait and see.”

Cavani however seems to have his heart set on a return to Argentina, with his father admitting that: “He was always seduced by the idea of playing in Boca.” 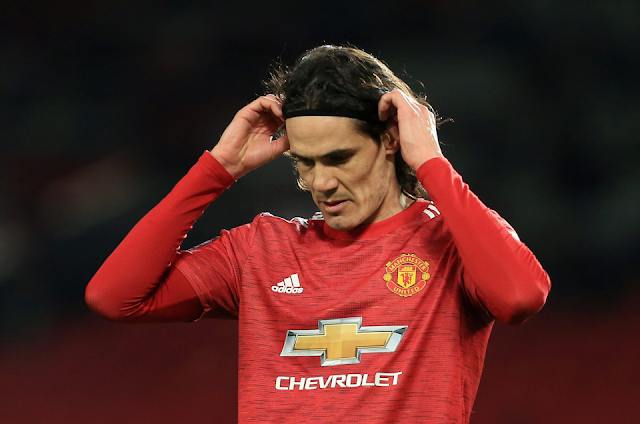