Louis Saha believes former Manchester United team-mate Edwin van der Sar would be a ‘perfect fit’ to replace Ed Woodward on the club’s board at the end of the season.

Woodward announced his intention to step down from his position as executive vice-chairman in the summer in the wake of United’s involvement in the failed European Super League proposal.

The Red Devils have already begun the search for a successor and speculation has been mounting surrounding a possible return for Van der Sar, who has turned heads as CEO of Ajax back home in his native Netherlands.

The legendary ex-goalkeeper made 266 appearances for United under Sir Alex Ferguson and helped the team win four Premier League titles, three Community Shields, a League Cup a Champions League across his six-year spell in the north west.

Woodward will step down in the summer (Picture: Getty)

‘I love Edwin. I loved him when he was a team-mate of mine at Fulham and later at United and I’ve seen what he’s done at Ajax. I couldn’t love the guy more,’ Saha told 888sport.com

‘He has always been advanced; always forward-thinking. As a player he always reassured me because here was someone who wouldn’t take a light decision and he is still the same today.

‘I’m not trying to give him publicity and don’t need to because what he’s done throughout his career speaks for itself. He is top drawer and would definitely have the humility to ask advice from David Gill or Sir Alex Ferguson so for me he would be a perfect fit at United.

‘He has the same kind of philosophy as Ole [Gunnar Solskjaer]. Both guys can look at others in the face and say what they think but at the same time they are humble.’

Van der Sar put pen to paper on a four-year contract with Ajax in November 2019 which sees him through to 2023.

The 50-year-old Dutchman first took on the role of marketing director at Ajax back in 2012 before being promoted to the position of CEO in 2016.

Talk of Van der Sar’s possible return to the Theatre of Dreams began circulating for the first time around three years ago but the former shot-stopper branded these rumours as ‘nonsense’ at the time.

‘I still have a two-year contract,’ Van der Sar said in September 2018.

‘Ajax is my club and I would like to stay longer.’ 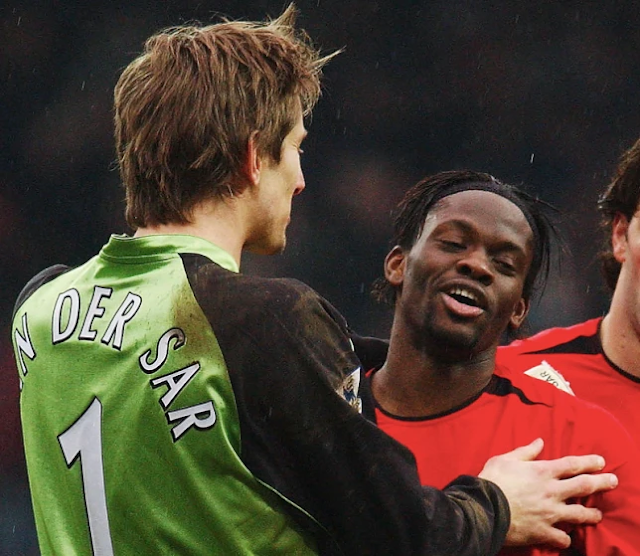