Erling Haaland remains a top transfer target for Manchester United - but will they be able to beat football's other superpowers to the Borussia Dortmund striker?

Erling Haaland is the most in-demand footballer on the planet right now and Manchester United are vying for his signature.

The Norway star, 20, has enjoyed phenomenal goalscoring success in his young career and has already proven himself to be one of the world's best strikers.

Haaland has scored 49 goals in 50 Bundesliga games since joining Dortmund from Red Bull Salzburg in January 2020, while he's also the fastest player in history to reach 20 Champions League goals having managed it in just 14 matches.

It's easy to see what all the fuss is about and speculation is now rife over where his next destination will be.

Here's everything that has happened so far.

It's no secret that United boss Ole Gunnar Solskjaer is a huge fan of Haaland and played a key role in his development at Norwegian club Molde where he managed the striker.

“When you have had kids and players through as a coach, you follow them and I keep in touch with Erling,” Solskjaer said in February.

“It’s great to see him become the player he has become and [how] he works to improve all the time. He’s a Dortmund player – we just wish him well there and let’s see what life will bring later on.

“You know I can’t speak about Erling because he’s at Borussia Dortmund, and it’s disrespectful to talk too much about it, apart from that I know him and I speak to him. Who wasn’t interested in him a year ago? Everybody would say you would take the best players in the world and Erling is a top player.”

Unsurprisingly, Haaland is extremely grateful for the grounding and advice Solskjaer gave him during their time at Molde.

In 2019 the striker spoke of his admiration for his former manager.

“He [Solskjaer] has had a huge impact on my life, both as a person and as a trainer,” Haaland told TV2. “He won the Champions League and was an incredibly good player. He has taught me a lot.

“I have dreamed of playing for the best clubs in the world my whole life, and I especially like English football."

Solskjaer's influence could be key when it comes to convincing Haaland, but the striker hasn't given any indication over where he sees his future.

The only thing he has told his suitors recently is that they must really push the boat out to sign him.

"They must want me," he told VG. "I still have a three-year contract, I'm not concerned about that." 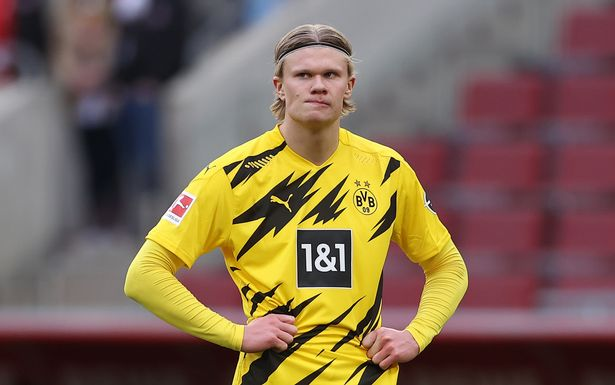 Haaland has a release clause in his contract at Dortmund, reportedly worth around €75million - but it doesn't become active until next summer.

Dortmund had planned to keep Haaland for two years after signing him from Red Bull Salzburg in 2020 but such has been his form, there are numerous clubs who would be willing to top his release clause to land him a year early.

Price tags up to €180million have been reported - a fee which would equal what Paris Saint-Germain paid Monaco to sign Kylian Mbappe three years ago.

Super-agent Raiola and Haaland's father Alf-Inge will reportedly jet in to England for transfer talks with United and three other Premier League clubs.

It was revealed last week that the pair had flown to Spain for talks with Barcelona and Real Madrid ahead of the summer window.

And according to various reports elsewhere Raiola and Alf-Inge will now meet with United, Manchester City, Chelsea and Liverpool to see if they would be a suitable fit for Haaland. 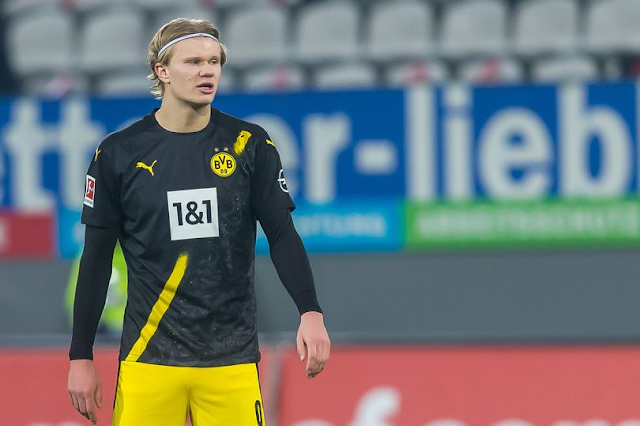