Borussia Dortmund have been training at The Cliff ahead of their Champions League quarter-final first-leg against Man City on Tuesday night.

The Bundesliga side are in Manchester for the massive European tie and have been given a helping hand by Manchester United ahead of a meeting with their fierce rivals.

Dortmund took part in an open training session at The Etihad stadium on Monday night, before another pre-match session at the United-owned facility on Tuesday.

Amongst those to train at the historic training ground was United target Erling Haaland, while former target Jude Bellingham was also pictured taking part in a light session.

United failed in a move to sign Haaland a year ago prior to his Dortmund mov,, although he remains a top transfer target for the upcoming summer window.

The Cliff, located in Broughton, Salford, is still owned by United although the first-team no longer hold their own training sessions at the facility.

Sir Alex Ferguson wanted a new training facility to be built by the club after feeling The Cliff had become too public an area for his side to use on a daily basis.

United Women and a number of youth players still use The Cliff on a regular basis, but it is no longer used by the senior side following the construction of their Carrington training facility in 2000. 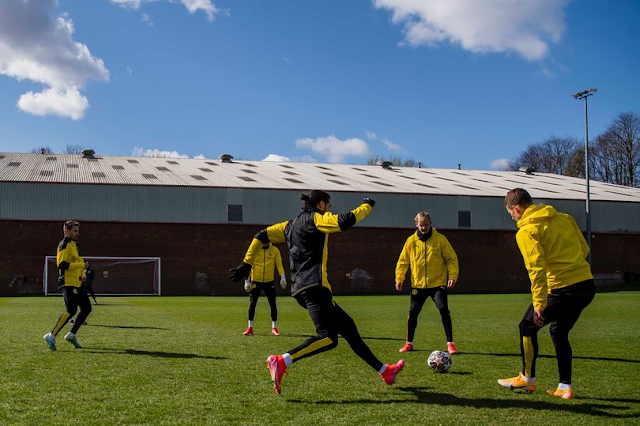