No words from the Old Trafford striker, but a stark portrayal of his feelings nonetheless The backlash against plans for a European Super ... 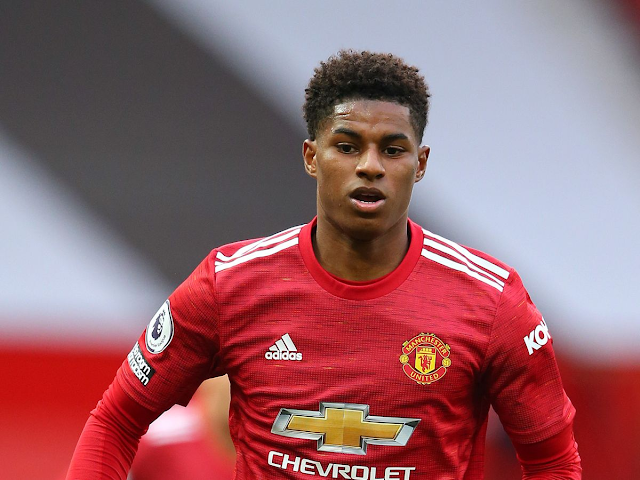 No words from the Old Trafford striker, but a stark portrayal of his feelings nonetheless

The backlash against plans for a European Super League continues to grow, as players from the clubs involved in the breakaway competition start to speak out.

Manchester United are one of the front-runners among the 12 sides who have put their names to the plan, with Joel Glazer named as a vice-chairman of the Super League.

But that hasn’t stopped Marcus Rashford from posting a timely reminder of where he feels the club’s priorities should lie, with the striker posting an image to Twitter of a pertinent banner inside Old Trafford, carrying a quote from a club legend.

The huge “football is nothing without fans” message has been displayed inside United’s ground as one of several seat coverings in the absence of supporters during the pandemic, with the words uttered by former manager Sir Matt Busby, one of the most iconic names in the history of the north west club.

Rashford took to social media to upload a close-up of the words, amassing around a quarter of a million likes within an hour from fans of both United and other clubs, as the football world continues to fight back against the Super League plans.

Rashford’s stance is not the only one to have emerged from players potentially involved, and Busby’s quote isn’t the only historical figure being held up as an example of how the clubs should be acting.

James Milner of Liverpool was clear in his disdain of the proposed competition on Monday night, while the grandson of Reds legend Bill Shankly said he’d be happy to see the statue of the former manager removed from the stadium grounds after the club’s involvement in the Super League movement.

United striker Rashford has been a regular voice for the supporters and general population across the last year with his interventions in social issues including food poverty and racism.

A groundswell of anger immediately built against these latest plans and has barely subsided since Sunday night, with governing bodies and excluded clubs regularly adding their voices to the opposition.

The next match for Manchester United is not until the weekend, when they face Leeds at Elland Road - though manager Ole Gunnar Solskjaer will face the media in a press conference before then.