Former Liverpool attacker Fabio Borini has spoken out about the Reds’ current plight but has insisted they’re not far away from returning ... 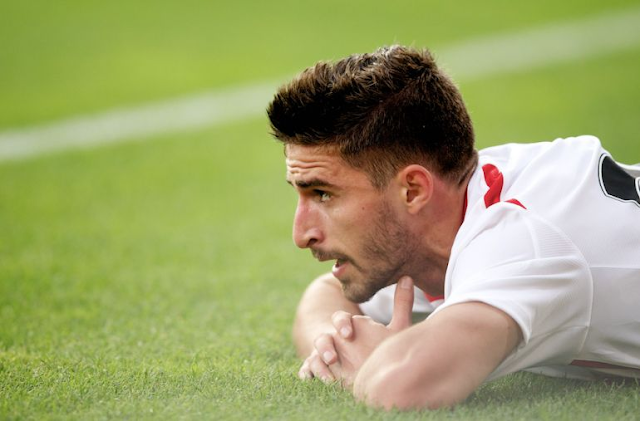 Former Liverpool attacker Fabio Borini has spoken out about the Reds’ current plight but has insisted they’re not far away from returning to their best.

After spending three years with the Reds, Borini eventually moved on to join Sunderland – but that hasn’t stopped the Italian from following his old side’s successes.

Liverpool’s achievements in the last three seasons are well-documented – after beating Spurs to the Champions League in the 2018-19 season, the Redmen went on to claim their first Premier League title last campaign.

However, in line with life’s current uncertainty, after what has been a largely disappointing campaign this time around, Liverpool face a nervous run-in.

Looking to secure a top-four finish, Jurgen Klopp also has the mountain task of overcoming a 3-1 deficit against Real Madrid in the Champions League quarter-final second leg on Wednesday.

With Liverpool’s domestic rivals Manchester City seemingly playing some of the best football in Europe, when asked how his old side can get back to their best, Borini, who spoke exclusive to CaughtOffside, said: “They need to rest mentally and physically. They’ve been pushing at their best for more than three years and the injuries this season, unfortunately, showed that the length of the squad isn’t enough for the many games – they have to play in so many competitions every year.”

Liverpool currently has a squad made up of 29 first-team players – although not the smallest group of players, it is widely accepted among fans that attacking reinforcements are needed and Borini agrees.

Addressing which summer addition could help Klopp turn his side’s on-field fortunes around, Borini said: “Looking at Liverpool’s competitors I think more depth in the attacking positions would do the team good. Jadon Sancho would be a great signing and it would be fun to steal him from Man United.”

Currently, three points outside of the league’s top-four and with just seven games to go, Liverpool’s next domestic fixture is scheduled to be against Leeds United on April 29 – Despite being a clash that has all the makings to be another fire-cracker, fans will know anything less than a win just simply will not do.