Manchester United are one of a host of Premier League clubs set to meet with Lucas Vazquez’s entourage in the coming weeks to discuss a po... 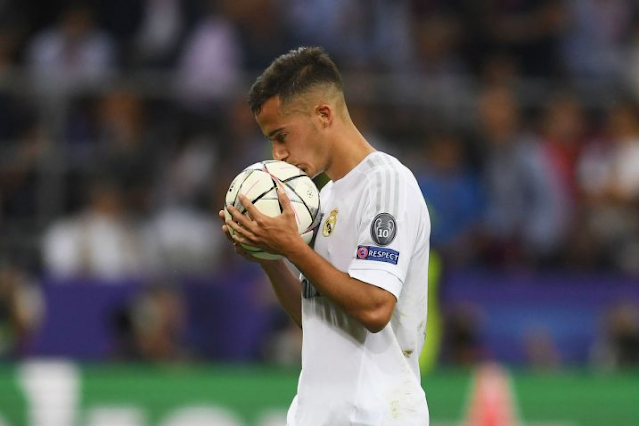 Manchester United are one of a host of Premier League clubs set to meet with Lucas Vazquez’s entourage in the coming weeks to discuss a possible summer transfer.

Vazquez, 29, is out of contract with Real Madrid at the end of the season.

Despite being with the club since he joined their illustrious youth academy back in 2007, Vazquez is edging closer to the Santiago Bernabeu’s exit.

Although a recent injury is set to sideline the Spaniard for several weeks, Vazquez remains a top candidate for a plethora of European clubs.

Stretty News understands that such is the interest in the 29-year-old that the player’s representatives are planning to discuss a possible move to the Premier League ahead of the summer window.

A close source has confirmed to us that Manchester United are one of the interested clubs.

It has also been suggested to us that Vazquez is being considered as a possible replacement for on-loan full-back Diogo Dalot. Our source believes the Portuguese defender is unlikely to return from AC Milan and force his way back into Ole Gunnar Solskjaer’s first-team plans and could therefore move on in the coming months.

Although discussions are set to place in the near future, at this stage, nothing is advanced with any of the interested clubs. We understand the player is simply in the process of weighing up his options.

Lucas Vazquez's entourage are set to meet with a host of Premier League clubs at the end of the month to discuss a possible summer deal.#MUFC are one of the clubs involved. The club have made their interest known as they sound out a possible replacement for Dalot.@StrettyNews pic.twitter.com/ikCRVTUKzC

Would you like to see Vazquez turn out in red next season? – Let us know in the comments.