One football fan has claimed that Ryan Giggs is the 'most overrated Premier League player of all time,' despite winning the Premie... 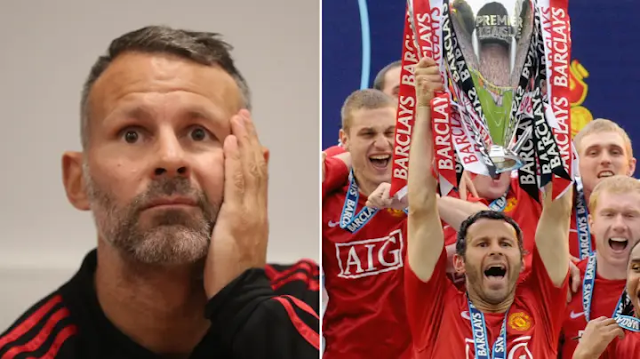 One football fan has claimed that Ryan Giggs is the 'most overrated Premier League player of all time,' despite winning the Premier League title 13 times.

During an incredible 24 year career for Manchester United, Giggs won all there was to win in domestic football, on multiple occasions.

He was the first player to break through the famed 'Class of 92' as an exciting younger winger and played at Old Trafford his whole career until he was 40, by which time he'd moved into central midfield,

Despite incredible success, and moments such as his goal in the 1999 FA Cup semi-final replay with Arsenal, one fan has argued that Giggs is 'overrated.'

Social media user @ballrespect took to Twitter last year to 'expose' the former United caretaker manager, although his use of two Manchester City comparisons might have you wondering whether there's a bit of bias going on...

"ryan giggs's premier league numbers for man united: - 632 appearances - 109 goals - 162 assists not bad for a winger right? lets take a deeper look at some of those seasons.

"season #2 the 2010/2011 premier league season. another title winning season for united and another underperforming season for giggs. he tallied just 8 g/a in 25 appearances and was out performed by a young manchester city midfielder named adam johnson.

"no caption needed," the Twitter user wrote accompanied with a picture of his goal contribution stats from 2005 to 2014.

"as you can see in the previous tweet, giggs went 9 premier league seasons in a row without registering 10 goals or 10 assists, but because he "won a lot of trophies" no one talks about it.

"before you start comparing him to the likes of pires, ask yourself if giggs is even the best welsh player in premier league history. ryan giggs for wales: 64 apps, 12 goals, 3 assists gareth bale for wales: 68 apps, 27 goals, 5 assists.

"'giggs was a crucial part of man united's success under fergie' ryan giggs started 2/3 cl finals between 2008 and 2011 and the only match united won was the match he didn't start in.

"many united fans see ryan giggs as a one of the best players to ever grace the premier league, but in reality he was just an average player who played in a great team."

In his career, Giggs played 963 times for United, taking him over 200 appearances clear of Sir Bobby Charlton in the list of United players with the most appearances.

As well as all his team awards, Giggs was named in the PFA Team of the Year, with only Steven Gerrard appearing more times.

Make up your own mind about Giggs, legend or overrated?