The next FIFA 21 Team of the Week, TOTW 30, is now live in Ultimate Team, including upgrades for Ciro Immobile, Thibaut Courtois, and plen... 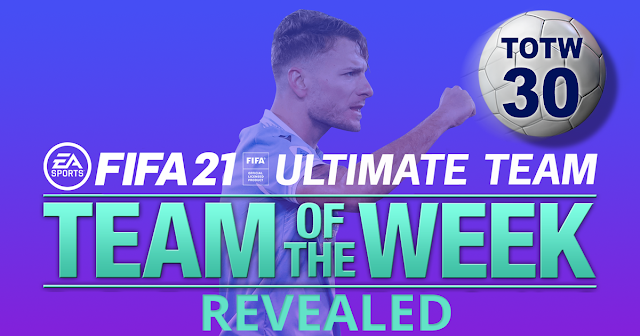 The next FIFA 21 Team of the Week, TOTW 30, is now live in Ultimate Team, including upgrades for Ciro Immobile, Thibaut Courtois, and plenty more ⁠— here’s everything we know about the latest In-Form squad of 2021.

Only one thing matters this week – Mbappe snubbed!

We tipped the French wunderkind to make the TOTW 30 lineup, but EA SPORTS seems to have had other plans; the wait for Kylian Mbappe’s first FIFA 21 in-form goes on, despite his double against Saint-Etienne to launch Paris back into second place in the wire-thin title fight.

That doesn’t mean this week’s boosted squad is poor by means though. Ciro Immobile and Mason Greenwood headline the attackers, while Madridista goalkeeper Thibaut Courtois clocks in a mega-sized “91” upgrade for his Getafe clean sheet.

Gylfi Sigurdsson also received his second in-form of the year. 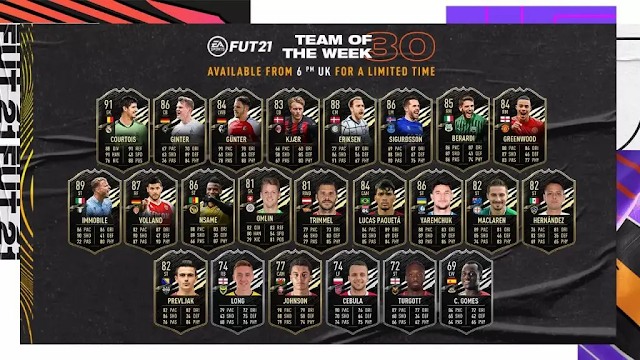 On April 21, FIFA publishers EA released the thirtieth batch of Team of the Week cards for this year. The TOTW 30 promo began at 6pm (UK time), as per usual – 6pm BST, 12pm CT, 1pm ET, 3am AEST for those around the world.

These boosted TOTW 30 player upgrades were announced at the same time as they dropped in-game in FIFA 21. They will now be available in all gold FUT packs for the next seven days, up until Wednesday, April 28.

All TOTW 30 in-forms will also be in this Thursday’s Weekend League rewards.

Now that the squad is out, you can check out Dexerto’s earlier TOTW 29 predictions. We compiled a list of all the players that could have got IF cards this week; let’s see how many of our upgraded tips we got right this time around.

Here’s our list of predictions. As you can see, a number of our tips came off this week, including Immobile and Greenwood:

So, there you have it ⁠— everything there is to know about Team of the Week 30.