It will be ‘difficult’ for Borussia Dortmund to keep hold of Erling Haaland this summer if they were unable to qualify for the Champions L... 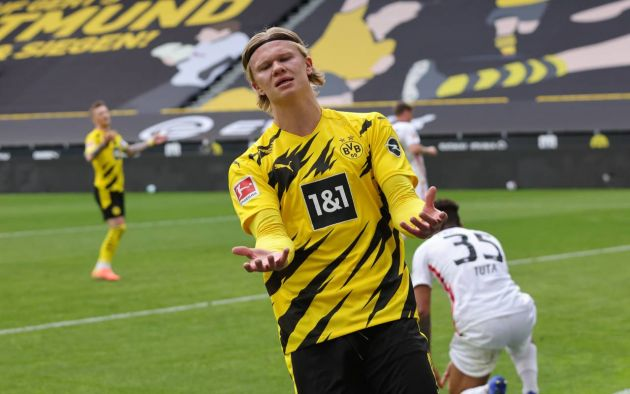 It will be ‘difficult’ for Borussia Dortmund to keep hold of Erling Haaland this summer if they were unable to qualify for the Champions League, according to Fabrizio Romano.

Haaland is probably the most coveted player on the planet right now.

As reported by The Sun, agent Mino Raiola has already held talks with Barcelona and Real Madrid, with Chelsea, Manchester City and Liverpool next on the agenda.

Raiola can talk as much as he wants to as many clubs as he wants, but if a fee cannot be agreed with Borussia Dortmund, none of the aforementioned clubs stand a chance of signing Haaland.

That’s why yesterday’s 2-1 defeat to Eintracht Frankfurt, which was a hammer blow to Dortmund’s Champions League qualification hopes, could prove to be excellent news for all of his suitors.

Fabrizio Romano has taken to Twitter to reveal that Dortmund will face difficulties in their efforts to keep hold of Haaland if they cannot break into the Bundesliga top four.

Borussia Dortmund will try to keep Haaland for another season [price >€150m this summer]. But if they will not qualify to the Champions League, it'll become even more difficult. 🟡

Mino Raiola talks with 5 top clubs are only at the first stages... and will move forward soon.

The most important question remains, though, if not Dortmund, then where?