Florentino Perez has admitted that any player who doesn't want to stay at Real Madrid is allowed to leave, giving Manchester United a massive boost in their pursuit of Raphael Varane.

United have prioritised a new centre-back to partner captain Harry Maguire this summer and, as they have a preference for experience, the multiple-time Champions League winner Varane fits the bill.

Brighton's Ben White and Villarreal's Pau Torres have also been looked at, but the Frenchman has been a long-standing target for club.

The Manchester Evening News reported at the start of March that Madrid are prepared to sell Varane to United this summer, rather than run the risk of losing him on a free when his contract expires in 2022.

It's understood that Los Blancos are not optimistic about the 27-year-old re-signing, despite offering him the captaincy, and have already moved to sign Bayern Munich's David Alaba on a free to replace him.

Varane is open to ending his trophy laden decade at the Bernabeu as he believes there is still too great a difference between his salary offer and what his best-paid teammates are earning.

Madrid president Perez took to the airwaves once again on Wednesday night as he rushed to explain the financial peril the big clubs now find themselves in following the collapse of the European Super League, though he insisted the project is not 'dead' yet.

The conversation then inevitably turned to transfers and Perez was asked about about the future of Varane.

“Varane? I’m happy with our team... if players don't want to stay at Madrid they can leave," he told Spanish radio channel El Larguero .

Perez also expressed his sadness at the demise of the Super League, less than three days since its inception.

"I am a bit sad, disappointed," he said. "We have been working three years on this project, on fighting the current financial situation in Spanish football. It is easy to understand - you cannot touch La Liga, so you look for more money midweek and UCL format is obsolete.

“I have never seen aggression greater on the part of the president of UEFA and other presidents of Liga, it was orchestrated, it surprised it all. Never seen anything like it - insults, threats, as if we had killed someone, killed football.

“The founder clubs believed in this project. It is not dead. We will keep working.” 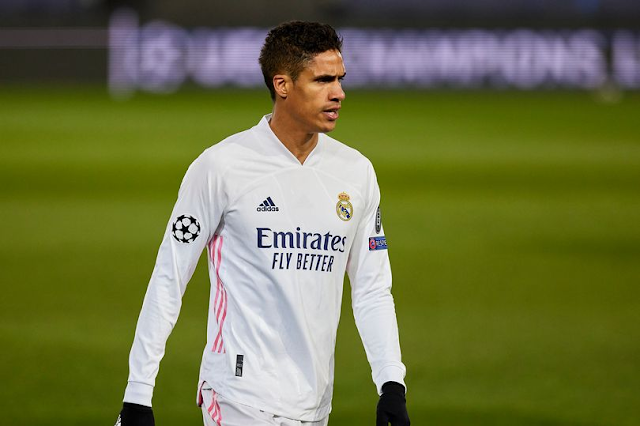