Premier League giants Manchester United have been overtaken as the third most valuable club in world football after Barcelona and Real Madri... 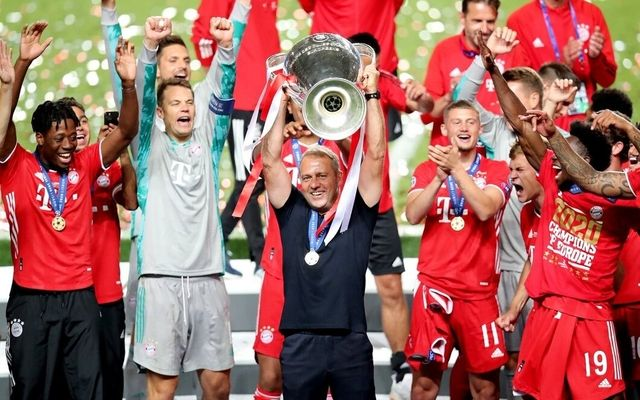 Premier League giants Manchester United have been overtaken as the third most valuable club in world football after Barcelona and Real Madrid.

Reigning European champions Bayern Munich have pipped the Red Devils to the spot they occupied in last year’s Forbes rich list by a margin of $0.02 billion.

United are valued at an impressive $4.2 billion, making them the most valuable club in the Premier League, ahead of rivals Liverpool ($4.1 billion) and Man City ($4 billion).

You can see a visual breakdown of the top ten most valuable teams below, via B/R Football – in which you’ll notice United, Liverpool and City sit well ahead of Chelsea, Arsenal and Spurs.

Barcelona take the top spot as the world's most valuable team, per @Forbes 💰 pic.twitter.com/bhi9pc2o1n

One big shock from the above list is Juventus missing out on a top ten spot, but they’re ranked 11th with a value of $1.95 billion – so not too far off Spurs ($2.3 billion), who have overtaken in the last 12 months.

For the sake of comparison, here are No.11 through to No.20 on Forbes’ newest rich list: