Speculation doing the rounds in the media on Thursday suggests that Manchester United remain firmly interested in Jadon Sancho’s signature... 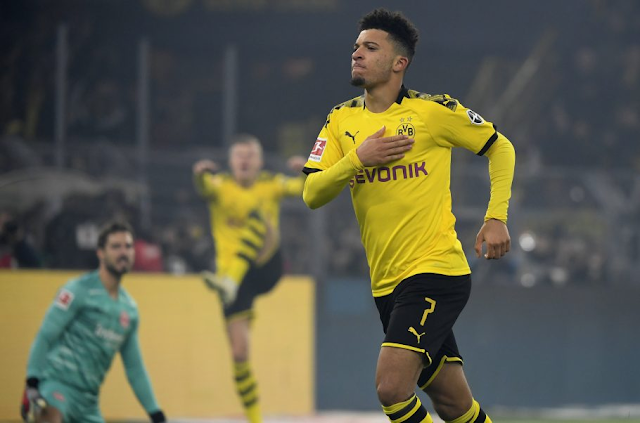 Speculation doing the rounds in the media on Thursday suggests that Manchester United remain firmly interested in Jadon Sancho’s signature.

The story surrounding the future of Borussia Dortmund star Sancho of course proved one of the talking points of last summer’s window.

On the back of another scintillating campaign at Signal Iduna Park, during which he racked up an eye-watering 20 goals and 20 assists, widespread reports hinted at a potential Premier League return for the 20-year-old.

The likes of Chelsea, Liverpool and even former club Manchester City were all tipped as possible landing spots, though it was of course Manchester United who were most heavily linked.

The Red Devils were known to be on the lookout for reinforcements out wide, with Sancho having been identified as the club’s first-choice target.

A number of reliable sources even went as far as to suggest that an agreement on the personal terms of a contract had long been found between the parties. 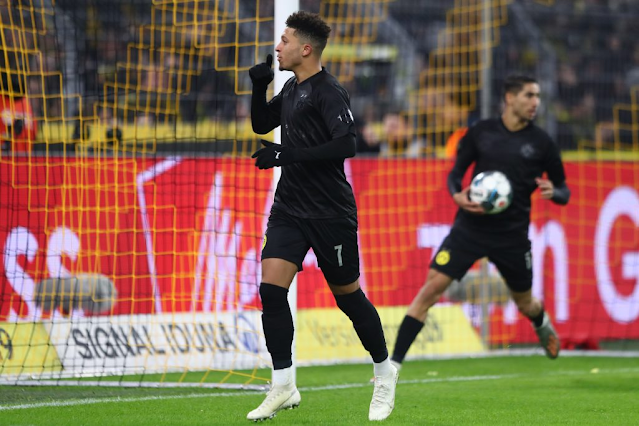 DORTMUND, GERMANY – DECEMBER 07: Jadon Sancho of Borussia Dortmund celebrates after scoring his team’s second goal which is later disallowed by VAR during the Bundesliga match between Borussia Dortmund and Fortuna Duesseldorf at Signal Iduna Park on December 07, 2019 in Dortmund, Germany. (Photo by Martin Rose/Bongarts/Getty Images)

Evidently, however, upon the transfer deadline coming and passing, Sancho remained a Dortmund player, as the United board failed to reach an agreement with their Bundesliga counterparts.

But, if the latest word stemming from the media on Thursday evening is to believed, this has not come as a result of the Red Devils cooling their interest.

As per a report from ‘transfer insider’ Dean Jones, Manchester United remain the club most keen on luring Sancho back to England.

Ole Gunnar Solskjaer is said to have made clear that he views the winger as the perfect summer addition to his squad.

As interest from elsewhere wanes, however, Ed Woodward and co. remain adamant in their stance that, if Dortmund continue to demand a fee anywhere close to £100 million, a deal will not be facilitated.