Harry Kane suffered an ankle injury during Tottenham’s stalemate with Everton last night, and while there has been no official prognosis i... 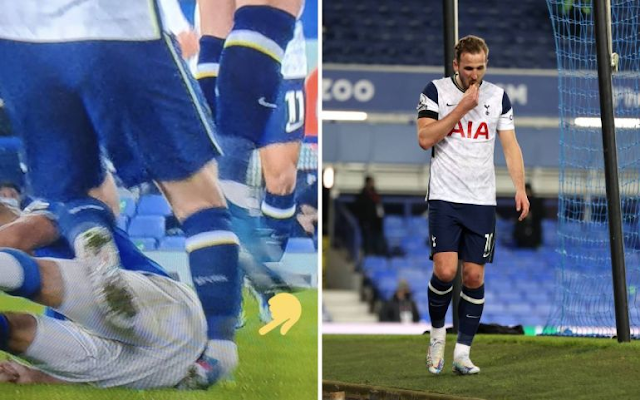 Harry Kane suffered an ankle injury during Tottenham’s stalemate with Everton last night, and while there has been no official prognosis issued thus far, it doesn’t look good for the England skipper.

Kane is widely considered the best hope of a Premier League player ever breaking Alan Shearer’s record, but the 27-year-old could be considerably closer to doing so if his ankles weren’t made of polystyrene.

When planning for a season at Spurs, you are forced to take into account that Kane will miss a fraction of the season, side-lined with an ankle injury, because it happens year after year.

While Kane has escaped any serious damage done to either ankle this year, an awkward roll of it late in last night’s draw with Everton threatens to rule him out for a chunk of what remains of the season.

I hope it is not as bad as this picture makes it out to be pic.twitter.com/s4Emj9RvBf

Tottenham have a Carabao Cup final on the horizon, so will dearly want Kane back for that, but Gareth Southgate will be desperate that his star man is given adequate time to rest ahead of the Euros.