Jesse Lingard has been firing in the goals for West Ham on loan from Man United, leading some pundits to wonder whether there's still ... 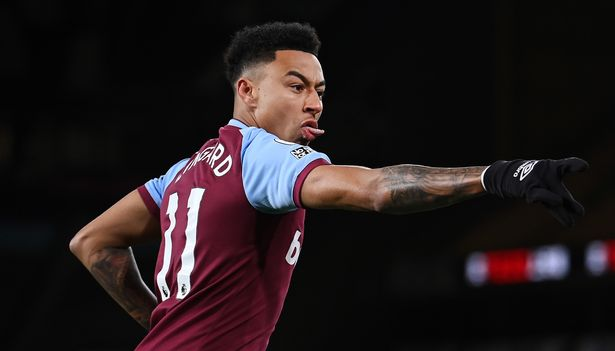 Jesse Lingard has been firing in the goals for West Ham on loan from Man United, leading some pundits to wonder whether there's still a place for the academy graduate at Old Trafford

Jesse Lingard continued his impressive recent form in West Ham's win over Wolves on Monday, leading some pundits to question whether there's still a place for the Man United star at Old Trafford.

The 28-year-old has shone since moving on loan to the London Stadium, scoring six goals and contributing four assists in 14 games.

His strike against Wolves at Molineux set the Hammers on their way to a 3-2 win which moved David Moyes' men above Chelsea and Tottenham and into the top-four.

West Ham's good form wouldn't have been possible without Lingard, leading to speculation that the midfielder could remain in Ole Gunnar Solskjaer's plans next season.

Daily Star Sport have looked at three ways Lingard could fit into United's team should he remain at Old Trafford.

It's no secret that United have no shortage of attacking options. From Marcus Rashford to Mason Greenwood and Paul Pogba to Bruno Fernandes and Anthony Martial - the Red Devils are well stocked going forward.

But more often that not, because of Solskjaer's 4-2-3-1 formation, one of United's centre-forwards is forced to play an unnatural position out on the left side of the three behind the striker.

Lingard, although a right-sided player, can solve that problem. The 27-cap England international loves cutting in on his right and provides an obvious solution at the expense of a forward.

How it could look: Fred, Pogba; Lingard, Fernandes, Martial, Rashford.

Lingard is making West Ham tick at the moment, so maybe it could be worth United trying him in the important number 10 role?

That might require Solskjaer to adapt his thinking a little and sacrifice either Fred, if the Red Devils want to go more attacking, or Pogba if the Norwegian boss wants to keep a defensive screen.

Warrington-born Lingard could slot in just behind a front three of Rashford and Greenwood on one flank, leaving room for a new potential striker. Will Erling Haaland spearhead a new front four?

How it could look: Pogba, Fernandes; Lingard, Rashford, Haaland, Greenwood.

Lingard has never been shy in front of goal, but his exploits in the box for West Ham hint at a player whose confidence is sky high.

The England star is currently averaging a goal every 0.75 games for the Hammers - much better than his record of a goal every 0.15 matches for United.

With that sort of return inside the box, maybe there's room for Lingard to feature further up the pitch at Old Trafford as a second striker.

Not only would it allow the former Derby and Brighton loanee more opportunities in front of goal, it would also allow him to keep doing what he does best - creating chances for team-mates.

Solskjaer might have to tweak his system slightly to accommodate Lingard in such a role, but it could be worth it if he can carry his excellent form into next season.