Manchester United have been told to target a place in the Europa League final – but Ole Gunnar Solskjaer has conceded they must do so with... 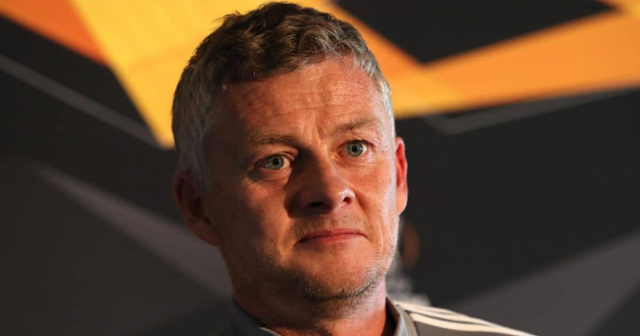 Manchester United have been told to target a place in the Europa League final – but Ole Gunnar Solskjaer has conceded they must do so without the services of Anthony Martial.

Solskjaer revealed before Sunday’s game against Brighton that Martial was likely to miss the rest of the season. However, following the 2-1 win, he then appeared to contradict himself over the Frenchman.

Martial, 25, featured for France against Ukraine and Kazakhstan last week before picking up a knee injury. But Solskjaer now says he expects Martial to remain sidelined for the rest of the season.

“Anthony has started his recovery,” Solskjaer confirmed in a press conference to preview the clash with Granada. “He’s been bright around place. If we see him before end of season I’ll be very surprised. He wants to get back as quick as possible.”

United face new foes in the form of Europa League debutants Granada. The United boss was keeping his team news quiet – but did hint there could be a start for talented teenager Amad Diallo.

Many believe United are now favourites to win the competition. However, the United boss has been impressed by the La Liga side and knows they have will have a tough game on their hands.

“I watched the games and I have spoken to some people to get insights,” Solskjaer added. “They’re a team full of experience. Full of character and experience which you expect from teams who have been promoted recently.

“They enjoyed a great season last year and I think they’re one of the teams who have played the most games this season.”

Solskjaer, however, has insisted his side are firmly focused on winning the competition. He has challenged his players to at least reach the final, but wants a focused display in their two legs against Granada.

“There’s important games for us before the end of the season and the Euros. Complacency? No. Granada beating Napoli, getting through the group and then beating Molde is a sign of a team that has quality. We have set our eyes on the final.”

As well as Martial, United will have to manage without the services of Eric Bailly. The centre-half remains in his home country as he awaits clearance to return to Manchester after a positive Covid test.

“‘Eric is still in Ivory Coast, he needs a negative test before he can come back, we’re waiting for that one,” he added.