Arsenal loanee Joe Willock has revealed just how sweet it was to score the equalising goal for Newcastle against Tottenham this afternoon.... 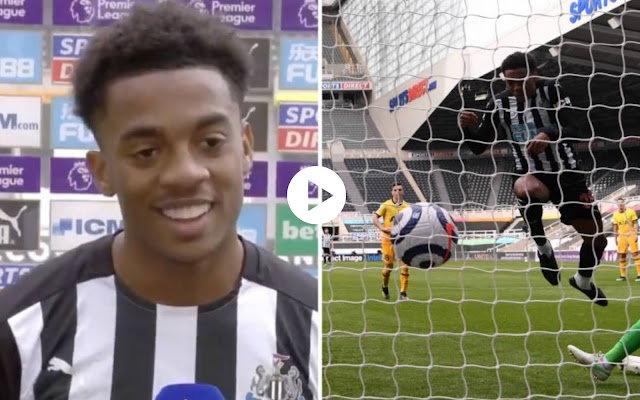 Arsenal loanee Joe Willock has revealed just how sweet it was to score the equalising goal for Newcastle against Tottenham this afternoon.

Willock was ever-present for the Gunners last campaign, but opportunities became harder to come by this time around.

As a result, he signed for Newcastle on a six-month loan deal back in the January transfer window.

The 21-year-old, who scored on his debut for the Magpies against Southampton back in February, doubled his tally with a late equaliser against Spurs this afternoon.

Judging by the smile on his face when he spoke to Sky Sports post-match, it’s safe to say that he was pretty happy about that one.

The astutely media trained England U21 international refused to get completely drawn into the idea that the goal was more significant because of the opposition.

He did, though, admit that it meant more as a result of his roots to the Gunners, while it’s written all over his face…

🗣"I am an Arsenal player so it makes it a bit sweeter." 🤣

Joe Willock is still Arsenal through and through after scoring against Tottenham while on loan at Newcastle pic.twitter.com/40VlbutEMc