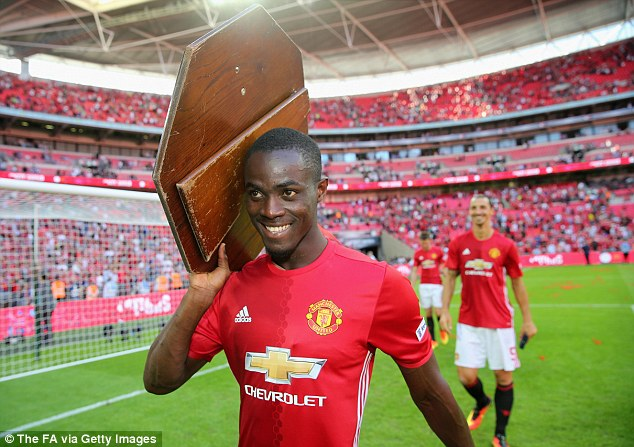 According to The Independent, Manchester United manager Ole Gunnar Solskjaer is not concerned about Eric Bailly despite reports linking him with a move away this summer.

The 27-year-old was Jose Mourinho’s first signing at United. A capable defender, injuries have often held him back from realising his full potential.

Despite returning to fitness, the Ivorian has been left frustrated by the limited opportunities he has received under Solskjaer. With just one more year left on his United contract, he is seeking a move away in search of regular game time.

Solskjaer is aware of the speculation surrounding his defensive ace. He revealed that negotiations regarding a new deal are ongoing and there is no reason to worry for now.

“Eric has played well when he’s played. I know there’s been speculation. We’re talking to him about his contract so I don’t see any issues really.”

The Norwegian also went on to admit that Bailly could return to action this week against Burnley. He had missed our last four games after testing positive for Covid-19 while away on duty with the Ivory Coast.

Now back in Manchester, he could make the Premier League visit of Burnley this weekend. Solskjaer went on to confirm that Bailly has tested negative.

“Hopefully he can train tomorrow, depending on how he feels within himself. He’s had his tests today so we need to get confirmation that he’s still negative.”

United are currently 11 points behind Manchester City with a game in hand. A win against Burnley will keep the title race alive for the time being. While it is difficult to see Pep Guardiola’s side drop points, stranger things have happened in football.

While news regarding Bailly’s future continues to do the rounds, our focus right now should be on ending the season strongly. There will be plenty of time to decide moves and contracts once the campaign ends.

According to ESPN, a number of clubs from Italy and Spain are interested in securing Bailly’s services. Whether United can recoup the £30million paid for him in 2016 remains to be seen.