All of us dream of playing for the team we supported as a kid, and most professional players won’t find themselves in a situation where th... 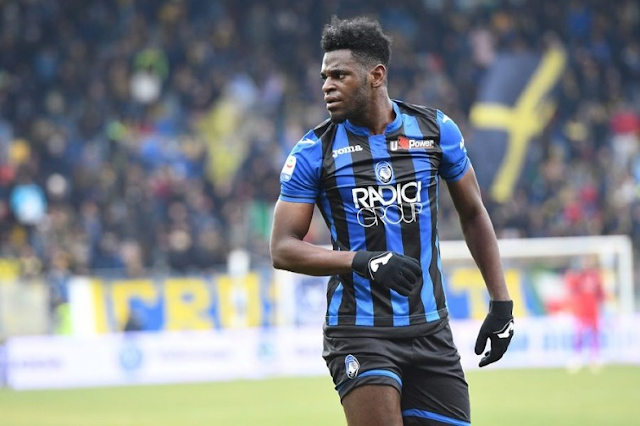 All of us dream of playing for the team we supported as a kid, and most professional players won’t find themselves in a situation where they have that opportunity.

Duvan Zapata has been a vital part of the Atalanta team for a few seasons now and he’s also been impressive in the Champions League, but it now looks like he might fancy testing himself in the Premier League:

Atalanta and Colombia striker Duvan Zapata to Gazzetta dello Sport: “My future in Premier League? Never say never in football... when I was a child, I was always watching the Premier League: I was an Arsenal fan! I woke up early every weekend to see their matches”. 🔴🇨🇴 #AFC

That admission about Arsenal will immediately catch the attention of Gunners fans, and his playing style means he would be a great fit.

The only drawback is his age at 30-years old so it would only really make sense if Lacazette or Aubameyang move on as you don’t want too many veteran strikers, but he’s a great all-round striker who would bring something new to the team.

He has the pace and physicality to trouble any defence, he’ll always guarantee you double figures in terms of his goal return but he’s also excellent at bringing others into play.

He’s provided 12 assists to go with his 14 goals this season so that kind of unselfishness is huge, while you can also see Atalanta letting him move on if he really does want to try another country at this stage of his career.

It may just be a throwaway comment for now, but it’s absolutely worth keeping an eye on his situation this summer.