Sky Sports pundit Gary Neville has given an impassioned speech against plans to introduce a European super league. As reported by Sky Sports... 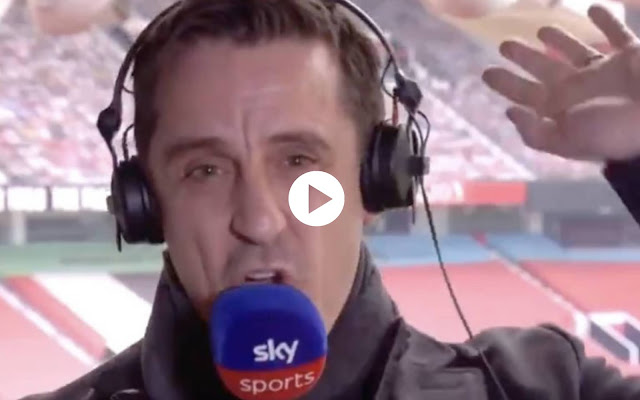 Sky Sports pundit Gary Neville has given an impassioned speech against plans to introduce a European super league.

As reported by Sky Sports, plans are set to be announced for the Premier League big six to join other elite European sides in a so-called European super league, from which they would not be able to be relegated, regardless of performance.

Also Read: UEFA strikes back: Elite clubs could be banned from their domestic divisions for pursuing European super league

This speech by Neville, given in wake of Man United’s 3-1 victory over Burnley at Old Trafford, is one of the most astonishing pieces of television you’ll watch this year, and his words need to be echoed across the land.

We will not stand by and watch the game of football fall apart before our eyes. Credit to you, Mr. Neville.

😡 | "I'm a #MUFC fan and I'm absolutely disgusted."
💥 | "They are an absolute joke."@GNev2 gives a brutally honest reaction to reports that England's biggest clubs are expected to be part of plans for a breakaway European Super League. pic.twitter.com/VfJccHgybc

"This is disowning your own club stuff." 🚮@GNev2 hits out at the six clubs linked with a Super League breakaway and says they should be 'punished heavily' by the Premier League and English governing bodies. pic.twitter.com/Sy0gM6qdgm