Former Manchester United midfielder Luke Chadwick believes the club would be “silly” not to seal the transfer of Sergio Aguero as he prepa... 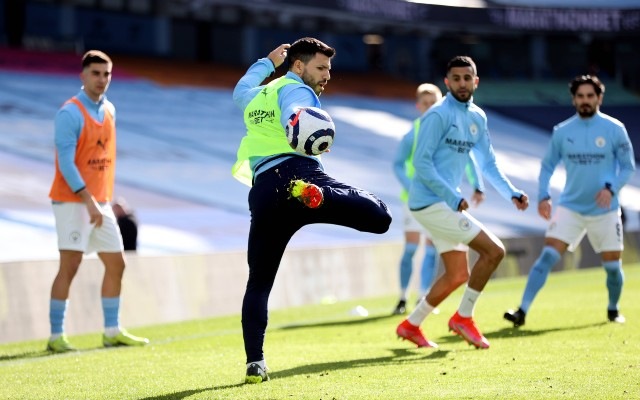 Former Manchester United midfielder Luke Chadwick believes the club would be “silly” not to seal the transfer of Sergio Aguero as he prepares to leave Manchester City this summer.

The Argentina international is one of the greatest forwards to ever play in the Premier League, and is sure to go down as a legend at City after scoring a remarkable 257 goals for the club in all competitions.

Aguero has also fired in 181 goals in 272 league appearances, putting him fourth on the all-time list of top scorers, just six away from Andrew Cole in third place.

It’s not often we see players cross the divide and represent both United and City, and Ole Gunnar Solskjaer emphatically ruled out a move for Aguero when asked about it in a recent press conference.

“I wouldn’t expect any player who has played for a club for 10 years to want to go to their local rivals,” Solskjaer was quoted by the Independent.

“I know we’re professionals, but when you play for Man United you don’t go to Man City. We’ve had examples of that and I didn’t really agree with it.

“When I played for Man United, if a rival club tried to sign me, and I had gone – well, where’s the loyalty? Loyalty is one of the values I really, really put highly.”

United could do with a top signing up front, however, and Solskjaer’s old team-mate Chadwick says the Red Devils boss should make an exception to his rule if there really is a chance of signing Aguero.

“I completely understand what Ole’s saying, obviously Aguero’s an absolute legend at Man City and I couldn’t imagine that he’d move across the city to United,” Chadwick told fotnetwork.

“But I think if a player like him becomes available and you can get him, it would be silly to turn it down. I think it’s just a case, when you’ve come in from a big rival, to hit the ground running and score goals straight away because it appeases the supporters of the club. He’s a player who can definitely do that.

“I can see what Ole’s saying, but I think with someone Aguero you might make an exception because a goal-scorer is certainly what United have been crying out for this season. It’s certainly what Aguero is, albeit with the best years of his career probably behind him now.”

Chadwick added that Aguero is undoubtedly up there with the best strikers to play in the Premier League, though he still feels Alan Shearer stands out as the best for scoring so many goals at so-called smaller clubs.

“I think Shearer’s the best,” Chadwick said. “His scoring record is phenomenal, and winning the league with an unfancied team like Blackburn and doing it at Newcastle, who were not really a Championship contender, is an incredible achievement.

“Thierry Henry was probably the best, not just striker, but one of the best players to ever play in the Premier League.

“I think Aguero’s certainly up there. The impact he’s had at Manchester City has been absolutely huge, and obviously that iconic goal which, as a United fan is a horrible one to see, puts him up there with the top five or six strikers to have played in the Premier League.

“It’ll be nice to see him play the last few games of Man City’s season and have a really good send-off because he deserves that for what he’s done for City and for the Premier League as well.”