Jadon Sancho has new price tag ahead of the transfer window 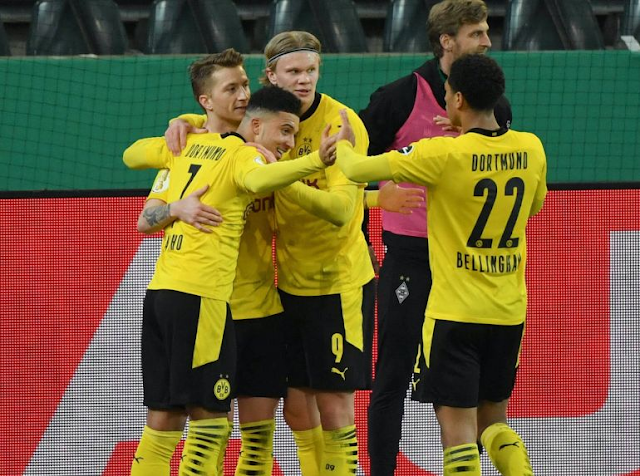 The England international was previously Ole Gunnar Solskjaer’s top target, yet interest could be resurrected, despite United understood to be drooling over his BVB team-mate Erling Haaland (via MEN).

Sancho left Man City in 2017 and joined Dortmund before becoming one of Europe’s brightest young players. That didn’t stop United from enquiring about a deal in 2019 but one never materialised, as per ESPN.

Last summer Sancho was priced out of a move back to the Premier League.

However, with the COVID-19 pandemic inflicting more financial implications for clubs, there’s now been a development.

According to The Times, BVB are open to selling Sancho for £86m at the end of the season, especially if they fail to qualify for the Champions League.

That could be within United’s spending limit this summer – but do they want to take up such a big chunk of the transfer kitty on a winger when a striker and centre-back are needed just as much?

Dortmund wanted £100m+ last summer but it sounds like the Bundesliga club will have a different stance on Sancho this summer.

That’s why a lot is on the line for Borussia Dortmund when they face City tonight.

After a formidable performance last week in which they lost 2-1 to the Premier League leaders, they must come up with something special to knock City out before they crash out of the Champions League.

The Guardian reports Sancho is back in training after six weeks out with a thigh injury but the match at Signal Iduna Park tonight comes too soon.