Jesse Lingard Is Right Where He Belongs

Two things were clear during Jesse Lingard’s breakout seasons at Manchester United: 1) that the homegrown Red Devil was a genuinely good a... 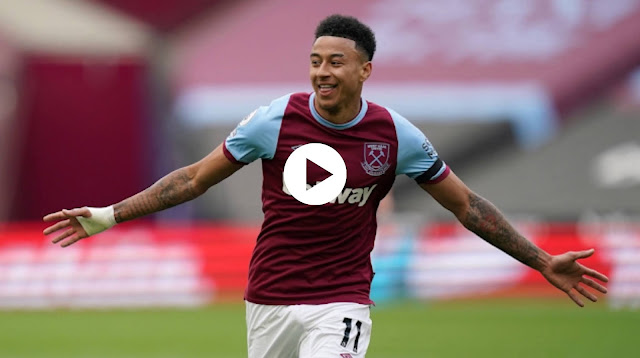 Two things were clear during Jesse Lingard’s breakout seasons at Manchester United: 1) that the homegrown Red Devil was a genuinely good attacking player, full of inventiveness and savvy and with a real knack for scoring, and 2) that United, if it was serious about finding its way out of the wilderness and returning to the very top, desperately needed attacking players much better than Lingard. It’s no coincidence that the season where United seems to have at last put its lost years behind itself, Lingard has played next to no role in the campaign. It is also no coincidence that Lingard, having secured a midseason loan to West Ham, is currently playing the best soccer of his life.
Also Read: Jesse Lingard: Superb video claims Man Utd should never have sent West Ham ace on loan

After making only three cameo appearances in the domestic cups for Man Utd over the first half of the season—United having at last acquired enough superior players in the attacking midfield positions to no longer rely on his talents—Lingard was able to snag a loan move to David Moyes’s ascendent West Ham. The Hammers had already quietly emerged as one of the surprise teams of the season, parlaying their defensive solidity and attacking set-piece mastery into a shockingly high position on the table. But they still needed an attacking fulcrum, someone to organize the team’s jaunts into the final third and help improve their open play goal haul. Lingard looked to be a great fit for the role on paper, but no one could’ve predicted just how high the Englishman and his new team would wind up flying two-and-a-half months into his stint in London.

The 28-year-old’s stats are ridiculous. In nine Premier League appearances, Lingard has scored eight goals, set up three assists, and helped earn West Ham 20 points. His most recent star turn came against Leicester City on Sunday, where Lingard scored two of the club’s goals in its 3–2 win.

Clearly, the for-now temporary union has been a match made in heaven. Lingard has the talent and skill set to be a real protagonist for a team, even if his gifts aren’t quite so abundant to earn him a starring role at a club with Manchester United’s aspirations. A good-but-not-great club like West Ham offers him the perfect array of supporting pieces to empower him to do what he does best.

Though Lingard has always chipped in with more than his fair share of goals, he’s obviously not the goal-every-game player his brief run with the Hammers might indicate. But that’s not to say that his current form is an illusion, either. Lingard’s primary talents have always been of the more subtle sort, the way he pops up between the lines to receive passes in dangerous areas, how he intelligently moves the ball around with speed and precision to sharpen the threat of ensuing attacks in transition, his total willingness to run and run and run to help the team when off the ball. Far from a battering ram, Lingard is more like a knitting needle, weaving attacking moves with quick and smart little contributions that individually might not wow you but play a crucial role in how the final product comes together. Lingard has and will continue to provide that benefit to West Ham even when his goal flurry ebbs, and he will continue being a godsend to Moyes’s team because of it.

Due to the eye-popping nature of Lingard’s present purple patch, and because of his pedigree, and because he’ll enter the final year of his Man Utd contract once the loan is up, he has found himself the object of intense transfer speculation. ESPN has a report today linking him to the likes of Inter, PSG, and Real Madrid. The idea that he would go from glued to Man Utd’s bench, to West Ham’s starting XI, to the roster of one of the best teams in Europe over the span of a few months isn’t totally far-fetched. Because Lingard is such a useful attacking, possession-preserving and -enhancing player, it’s not difficult to understand how a European blue blood might see him as a valuable addition to the back side of its rotation, one probably available for relatively cheap.

Selfishly, I’d rather see him stick around at West Ham. We’ve already seen what Lingard the rotation option looks like over the past couple seasons at Manchester United, and it’s not much to write home about. Much more intriguing as a spectator is getting more of the West Ham version of Lingard, the big fish in a pretty big pond, rather than the big fish in an ocean swimming next to whales.

The ESPN article notes that, while Lingard has yet to decide anything concrete about his future, “his preference is to play Champions League football next season.” West Ham is currently in fourth place in the Premier League, and has a very real chance to hang onto one of those UCL spots in large part because of Lingard. Hopefully West Ham manages to finish in the top four and then convinces Lingard to sign permanently. That way he can play for a club in the Champions League next season and himself actually play in the Champion League next season.