No Premier League player has scored more goals than Jesse Lingard since his debut on loan for West Ham.

The Manchester United midfielder continued his remarkable run of form for his temporary employers with a brace in Sunday’s 3-2 win over Leicester.

His eight goals in nine games have earned him an England recall and here, the PA news agency looks at how his form compares to the rest of the league.

At the start of the season – and even in January – the idea of Lingard and Kelechi Iheanacho being the league’s form players at this stage would have seemed outlandish.

But since Lingard’s West Ham debut on February 3, the duo are the top scorers in Premier League action with eight goals apiece.

Lingard has achieved that mark in nine appearances compared to eight for Iheanacho, for so long an afterthought at Leicester but thriving since Jamie Vardy missed time due to injury.

Harry Kane is third on that list with seven for Tottenham, with five apiece for Manchester City duo Ilkay Gundogan and Gabriel Jesus and Arsenal’s Alexandre Lacazette. Iheanacho beat Lingard to March’s Premier League player of the month award after Gundogan took the honour for February.

A similar list covering goals in a player’s last 10 Premier League appearances has Lingard one ahead of Iheanacho on nine – he netted in his last United appearance, though that was back in July against Leicester.

More strikingly, he is only one goal away from being West Ham’s top scorer this season – Tomas Soucek has nine, with Lingard alongside Jarrod Bowen in second place.

Looking back over Lingard’s top-flight career, his scoring output is characterised by runs of flying form interspersed between long droughts.

That goal against Leicester in July was his first in 35 league games, since a brace against Cardiff in December 2018.

That continued a pattern which began with his first four Premier League goals coming between his fifth and 13th appearances, followed by only one in his next 47 games.

He then enjoyed a run of seven goals in nine games and eight in 15 from November 2017, before going 19 games without scoring. A brief four-in-four flurry in December 2018 gave way to that long drought before his current hot streak. 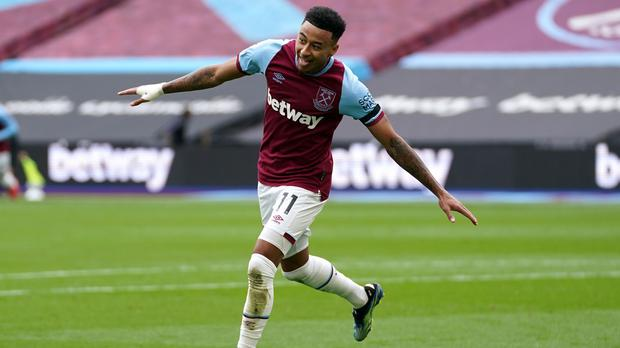