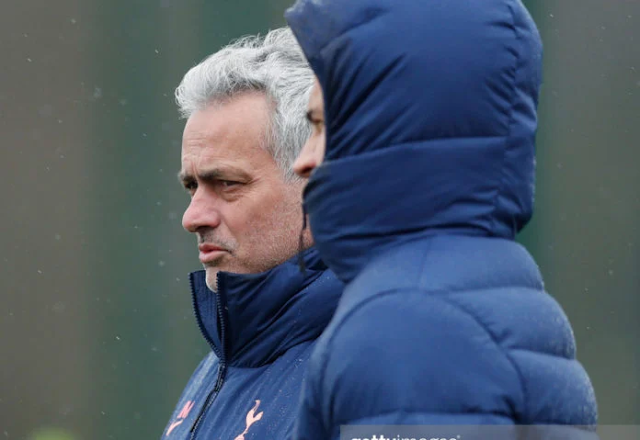 Henderson has played second fiddle to David De Gea for the majority of the season but has started ahead of the Spaniard during the last few weeks.

Sky Sports previously reported that the 24-year-old is Tottenham’s number one choice to replace Hugo Lloris should the Frenchman reunite with Mauricio Pochettino at Paris Saint-Germain in the summer.

The report suggested that the Man Utd academy graduate will push to leave the club if he is not given assurances of being the Red Devil’s number one.

Duncan Castles stated in March that Ole Gunnar Solskjaer’s side might even be prepared to let England international leave in the summer, with the journalist naming Spurs as one of the clubs seeking to snap up the goalkeeper.

However, it remains to be seen if United’s stand regarding Henderson has changed, with the youngster now seemingly having moved ahead of De Gea in the pecking order.

It certainly appears as if Mourinho remains a fan of the United shot-stopper, with the Spurs boss suggesting after Sunday’s game that Henderson made some crucial saves that swayed the result.

Mourinho is quoted as saying (11/4/21 – Sky Sports Premier League): “We played against a good team. A team that reacted. A lot of quality, a lot of power. Very strong players in midfield, not just tactically but fundamentally physically.

“They score, we had a good reaction, we had great occasions to score the next goal. I believe that even in the position I was, Dean made a couple of very good saves, especially one from Harry Kane.”

Henderson’s saves from both Kane and Son at the near-post were much harder than they looked and the timing of the stops was quite crucial as they came when the game was finely poised. However, it looks like Tottenham’s chances of getting Henderson might be over as he seems to be Solskjaer’s preferred number one at the moment.