Manchester City only require two wins from their final five matches in order to clinch the Premier League title after Manchester United and Leeds played out a drab 0-0 draw at Elland Road on Super Sunday.

In a game of few chances, the visitors came closest to scoring in the opening period when Marcus Rashford's free-kick was well saved by Illan Meslier.

Leeds' best chance fell to Helder Costas in the second half, but his deflected effort flashed over the bar.

The result means Man Utd are 10 points behind their rivals City in second place. Leeds move up above Arsenal into ninth having extended their unbeaten run to six matches.

Leeds travel to face Brighton in the Premier League next Saturday at 3pm.
Manchester United host Roma in their Europa League semi-final first leg on Thursday at 8pm before returning to Premier League action on Super Sunday as they host Liverpool; coverage starts at 4pm with kick-off at 4.30pm. 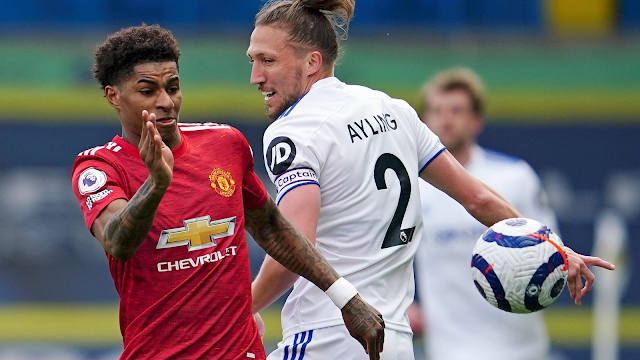