DANGER MAN - Bruno Fernandes' goals and assists have been a key factor in Manchester United's season and he is the one to watch fo...

Leeds United can't create problems for themselves like they did at Old Trafford if they want a different result when Manchester United visit on Sunday.

It's the first Elland Road clash between the two sides since September 20 2011, when the Red Devils were 3-0 winners in a Carling Cup clash.

Leeds United created real problems for themselves against Manchester United at Old Trafford, losing the ball in dangerous areas and then suffering on the counter attack. There was sloppy play on display in the first half against Liverpool on Monday that almost proved costly. Against teams with such potent attackers, Leeds have got to protect the ball and be smart in possession, even under intense pressure and in tight spaces. It's a tough ask but it's vital. Those neat one-twos between the full-backs and midfielders need to be spot on and Illan Meslier's passing out from the back needs to be pinpoint accurate. Leeds can beat the press of the best teams, doing all of this is well within their capability.

Manchester United are far from a one-man band but Fernandes is by far and away the key player for Leeds United to stop. The 24 goals and 13 assists he's contributed have been a huge factor in Manchester United's season. He is danger personified and whether it's Stuart Dallas or Kalvin Phillips, the closest Leeds player to him will have to plague him as soon as he gets on the ball.

Manchester United proved too good last time, but Leeds made life difficult for themselves. They also managed to make life difficult for Manchester United, despite the heavy scoreline, creating chances. This time round you'd like to think Leeds are a wiser, smarter team and they're certainly full of confidence. So why not? Any team who can beat Manchester City with 10 men and hold Liverpool to a draw can give this lot a hard time of it. I'll say 2-2. 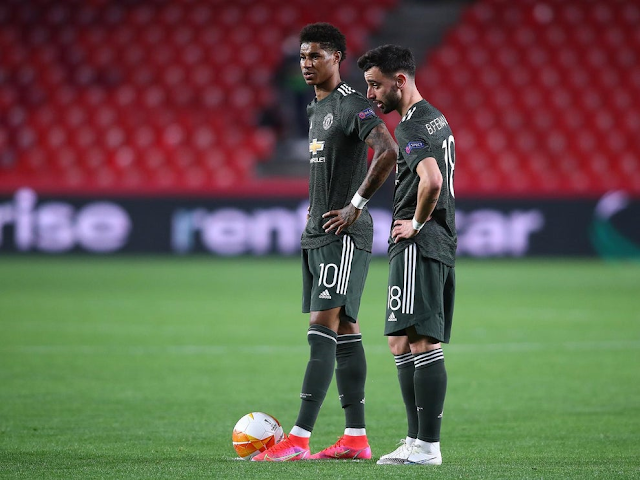