Leeds United v Manchester United: Whites have tightened up at back since Old Trafford humbling - but are still entertainers

Marcelo Bielsa was adamant at the time that it was not, but on paper Leeds United’s 6-2 defeat at Old Trafford in December looks a lot lik...

For some, the bravado of Leeds’s football in perhaps the most entertaining games of the season was a breath of fresh air, reminding us that football should be fun. Gary Neville had to defend himself for his gushing praise for the heavily-beaten side.

Others were less impressed.

“Leeds are really fun to watch, but they’re even more fun to play against”, tweeted Gary Lineker. He later said it was meant as a compliment, but it was not taken as one, certainly not by Bielsa, whose grumpy Christmas Eve press conference featured a 32-minute answer to one question about the game full of fury at the “lies” spoken about him.

“Nobody can say I put style over results,” he insisted through his interpreter. “It’s just another way to try and ridicule me.

”He added: “Nothing is said casually in this media. Everything has a second function.”

Since that day, Leeds have continued in their same merry way – but much better. In the 18 Premier League matches since, they have only conceded 20 goals. The facts are really starting to get in the way of a good caricature.

“The only conclusion I’ve heard with regards to the last game is that we have to modify our style of play,” said Bielsa in that pre-Christmas press conference. “The questions directed at the players is a form of trying to weaken the style of play we have, suggesting to them whether they were going to ask me to change my style of play.

It is, to use phrases Bielsa is fond of, logical and rational that Leeds have tightened up as they have gone along.

In December the Premier League was new to them, and that was exciting to us. Leeds were no strangers to England’s top division, but almost all their players were and even a coach who had been most places and got a chest full of T-shirts to show for it had not experienced it before. They had signed two top international defenders – neither of whom had played in the Premier League either – to reinforce them but injury kept Robin Koch and Diego Llorente away from the Theatre of Nightmares.

“I think there’s been a growth and a maturity of the team in general, a development in the experience to be able to play every game,” said Bielsa, who will be without Rodrigo and has a doubt over Raphinha, yesterday.

“When a team reaches this state of maturity, they make fewer errors and it elevates the stability of the team. We have to show this once every week.”

Typically, Bielsa puts the improvement much more down to his individual players than the tactical work he has done with them since that day.

“It’s much more important the capacity of those who interpret the role and their evolution,” he stresses.

The emergence of Spain centre-back Llorente, who was yet to start a Premier League match then because of an injury-disrupted start to his Elland Road career but has since established himself as a mainstay at the back has been important, but not overly-important, Bielsa is keen to stress. As the make-up of his Leeds squad shows, a man who has coached some of world football’s biggest names is not easily star-struck.

With captain Liam Cooper suspended against Liverpool on Monday – his ban also takes in tomorrow’s game and the match at Brighton and Hove Albion – another manager might have taken it as an opportunity to finally usher in Germany central defender Koch’s return from knee surgery but Bielsa prefers the balance of the far less heralded but left-footed 21-year-old Pascal Struijk alongside Llorente.

“The structure of the whole team defensively is responsible (for the improvement), not just certain players,” he points out.

“At centre-back, which is where we’ve suffered the most absences (this season), there has been no player who has come in who has done it badly. If there’s been an improvement when we’ve defended, it has been because the team has improved.”

Across the field, Leeds have shown an improvement over the course of the season, testament to Bielsa’s coaching. That it has come from players written off as “Football League” performers like Patrick Bamford, Stuart Dallas and Luke Ayling has been heartening, but to see it from those at the younger end of the age scale is hugely encouraging for the future of the club, another reminder in a week that has rammed home the message that money is not everything in 21st Century football.

“One of the great consequences of this first year in the Premier League is that (Illan) Meslier, Tyler (Roberts), Pascal and (Jamie) Shackleton have been able to demonstrate that they deserve to be in a squad of 18-20 players in the Premier League,” says Bielsa. “When you see the price of a player in a Premier League squad in the upper two-thirds of the league, we see clearly the importance of these players coming through the academy for the project at Leeds.

“It’s not about putting in players that are young, it’s about playing them because they deserve to play over those players who play more regularly or that they can take advantage of absences by showing that they have the level they are required.”

A young team should be a learning team. Leeds’s goals against column since Christmas shows that they are one. 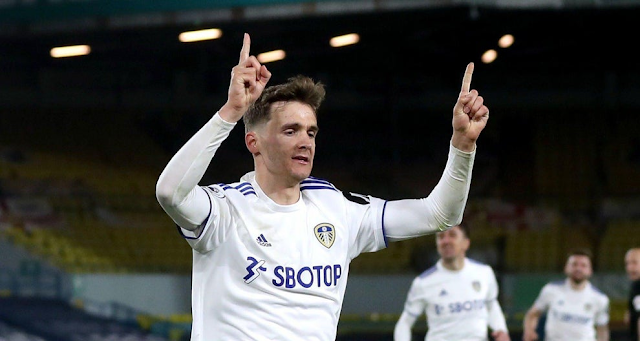