Manchester United’s team for this evening’s game against Brighton has been leaked early. There are some big calls from Ole Gunnar Solskjae... 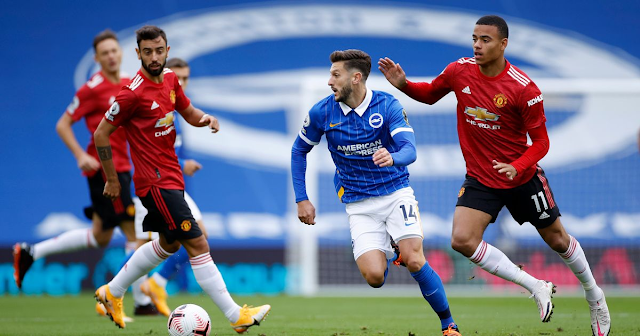 Manchester United’s team for this evening’s game against Brighton has been leaked early.

There are some big calls from Ole Gunnar Solskjaer, as he has recalled Paul Pogba and Edinson Cavani to the team, while Fred has kept his place despite his horror show at Leicester prior to the international break.

Ole paid tribute to Harry Maguire ahead of the skipper’s 100th game for the club. “He gets better and better the more he plays and he gets into a rhythm,” he said. “When you get into that rhythm, I don’t think the accumulation of games really catches up with you. Of course, it’s about injuries as well and, touch wood, he’s been very robust. He’s a very reliable human being as well. It’s remarkable how quickly he’s got to 100.”

Solskjaer also praised Danny Welbeck and Brighton as a team – Graham Potter’s men outplayed United in the first game between the sides this season, and were unfortunate to lose.

“I had him (Danny) in the Reserves when I was coaching them and what a fantastic representative of Man United he is. He’s typical of a young kid that comes through the Academy, you can see the values and his attitude and his behaviour – fantastic. And to see him back fit now is great for us because that big smile of his is great to see. We wish him all the best because he’s had some bad, bad injuries. He’s fought his way back and you see his talent.”

“They’re a hard team to play against and prepare against. Even though we’ve had good results against them we’ve had to work really hard and dig really deep in all of the games to get the results we’ve managed to get, and we know it’ll be the same again. Our players really respect Brighton and we always get 100 per cent focus and attention in all the prep we do and, when the game kicks off, they’ll all be ready.”