According to TNT Sports reporter Marcelo Bechler, Paris Saint-Germain have catapulted themselves into the lead in the race to sign Barcelo... 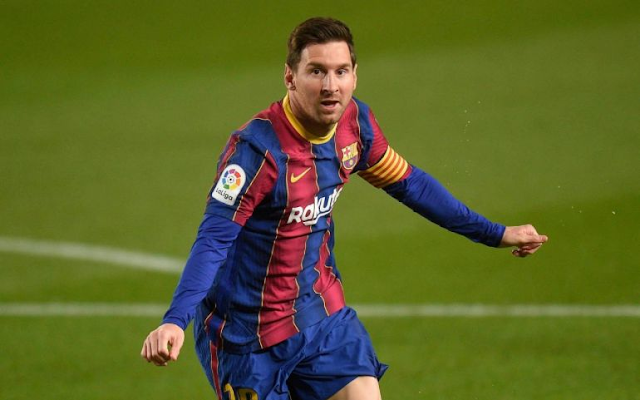 According to TNT Sports reporter Marcelo Bechler, Paris Saint-Germain have catapulted themselves into the lead in the race to sign Barcelona icon Lionel Messi.

Messi’s contract at Barcelona is due to expire at the end of the season.

Regardless of whether or not you think he’d actually ever depart the Nou Camp, he is currently allowed to negotiate as a free agent.

Messi’s focus will no doubt be on winning La Liga with Barcelona, even the unflappable Lionel Messi would have his head turned by talk off the field.

As per TNT Sports reporter Marcelo Bechler, talk over Messi’s future is set to intensify, with PSG thought to have offered a lucrative two-year deal.

Bechler claims that PSG are confident nobody will be able to match the financial intricacies of their deal. Whether Messi is motivated by money remains to be seen.

The election has been completed, Messi knows what direction the club will be going in and who will be leading the way.

The decision is now down to him.