As part of the Q&A that Manchester United superstar Bruno Fernandes welcomed whilst enjoying his ‘morning coffee’ in serious style, the ... 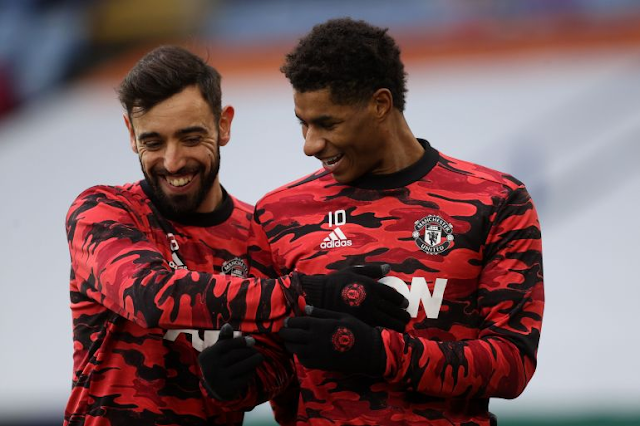 As part of the Q&A that Manchester United superstar Bruno Fernandes welcomed whilst enjoying his ‘morning coffee’ in serious style, the playmaker was asked a very intriguing question…

The official Fantasy Premier League Twitter account asked the Portuguese attacking midfielder who he enjoyed ‘assisting the most’, in a question that could’ve opened a real can of worms for the star.

Fernandes has been phenomenal since joining the Red Devils in a deal worth up to €80m last January, per BBC Sport, quickly establishing himself as one of the most gifted attackers around.

The 26-year-old did not fall into the trap set out by a subsidy of the official Premier League by responding to the question with a blunt ‘My teammates’ and the laughing emoji.

Fernandes clearly doesn’t have any preferences as to who finds themselves on the end of his magnificent passing, which is something that United fans should absolutely love. No messing about.

Fernandes has already racked up 35 goals and 21 assists in just 67 appearances for the Old Trafford outfit, leaving him just an inch short of boasting a goal contribution rate of 1 per game.

Those numbers are obscene for an attacking midfielder in the Premier League, even when you factor into the equation to the Portugal international being a penalty specialist – which is a criticism-sparking matter that is discussed far too much in my opinion.