No club wants to let anyone leave for free, but it would be an absolute disaster for Barcelona if they let Ousmane Dembele go for nothing.... 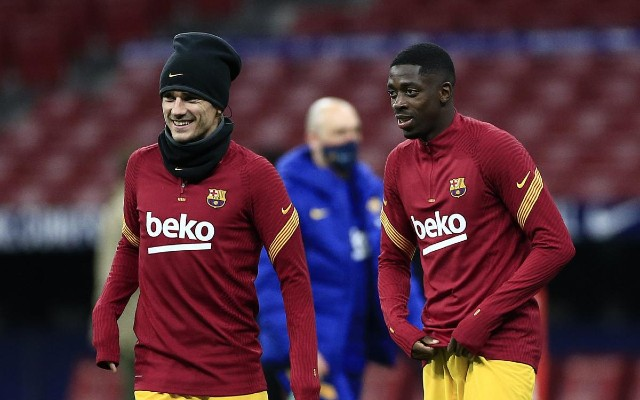 No club wants to let anyone leave for free, but it would be an absolute disaster for Barcelona if they let Ousmane Dembele go for nothing.

A report from AS has indicated that his contract is up in the summer of 2022, so they face a huge decision over the player that cost them around £135m when he was initially signed from Dortmund.

He hasn’t been a disaster but injuries have prevented him from getting a proper run in the side, while it now looks like that price tag is going to come back to bite them no matter what happens.

If he did leave for free then it would be a PR nightmare, while the report also indicated that Man United were eyeing up a cut-price transfer this summer, and the fear of losing him for nothing would probably force Barca into accepting a lower amount.

There’s an added complication that they need to sell players to raise funds to spend this summer and he is one of their sellable assets who they don’t need to keep, but it’s reported that they’ve offered him a new three year contract.

If he does sign that new contract then that ties him to the club for at least one more year, while it’s suggested that he will have a deadline to sign this so it doesn’t run past the Euros, and if he doesn’t sign the new deal then they will look to offload him as soon as they can.

He’s a very talented player who’s still only 23 so it could be a bargain for someone if he can stay fit and live up to that early potential, but it’s too early to tell where his future will lie next season.