The transfer free-for-all this summer is just around the corner, with Manchester United expected to be amongst the main movers and shakers... 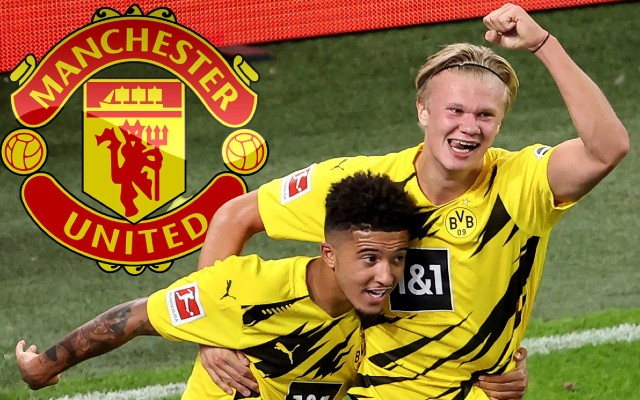 The transfer free-for-all this summer is just around the corner, with Manchester United expected to be amongst the main movers and shakers once more.

Certain players will be coveted by a number of clubs across Europe for which there is bound to be an epic tug-of-war or two, though Ole Gunnar Solskjaer has had one player in his sights for almost a year now.

It will be interesting to see just how much the Red Devils are still interested in Borussia Dortmund’s Jadon Sancho, and the Bundesliga outfit have, on this occasion, given the Premier League club a sliver of hope that the signing could be concluded successfully.

As with last year, however, there is a caveat, and this relates to transfer fee once more. It would appear that unless Ed Woodward is prepared to raid the United coffers, any deal for the England international will remain as dead as it was last summer.

“I’m not getting involved in probabilities, it’s no good,” Dortmund’s CEO,Hans-Joachim Watzke, told Goal and DAZN, cited by talkSPORT.

“Jadon Sancho has been with us much longer than Erling Haaland. We’ll have to speak to Jadon too.

“If there is an exceptional offer we will discuss it with the player and the agent, as always. Nonetheless, I am very sure that the transfer market will only run to a very limited extent this summer.

“Especially at the really big clubs you can see what kind of wounds coronavirus has inflicted, and they are not small ones that heal within two weeks.”

Given that Solskjaer’s side are second in the English top-flight and have got into the latter stages of all of the competitions they’ve played, an addition such as Sancho’s could be what finally gets them over the line.

Woodward has to bear that in mind from the get-go this summer and not get up to his old market stall holder tricks of trying to drive down the price only to miss out after wasting incredible amounts of time that could’ve been spent on deals elsewhere.