Donny van de Beek’s signing looked strange at the time last summer, simply because it wasn’t immediately obvious where he would fit into t...

Donny van de Beek’s signing looked strange at the time last summer, simply because it wasn’t immediately obvious where he would fit into the starting XI.

He’s an excellent box-to-box midfielder who can get beyond the strikers and cause problems, but Bruno Fernandes tends to have that freedom in the United midfield so the Dutchman has looked a bit lost in a more limited role.

Perhaps there was a plan to move to a diamond midfield or he may have been seen as the replacement for Pogba, but the rumours are starting to get louder about him moving on this summer. 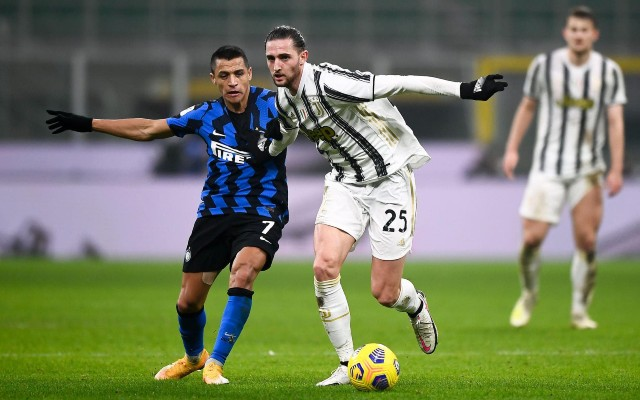 Fichajes have quoted a report from The Daily Mail which states that Juventus are interested in signing the former Ajax midfielder, while United would be open to a swap deal that involves Adrien Rabiot.

It’s believed that Solskjaer wants a more defensive minded midfielder who has more tactical discipline the in the midfield so Rabiot would be perfect for that, while Juve want someone who’s a bit more all-action and van de Beek could fill that role.

It’s always risky to write-off a signing after one year but if it’s a swap deal then United won’t take as much stick for wasting a fee as it’s impossible to figure out what each player is worth in a swap deal, but this should also depend on Paul Pogba’s future too.

If he leaves and this swap did happen then United wouldn’t have any attacking instinct in the midfield apart from Fernandes, but it could work if they see Rabiot as playing at the base of a midfield with two more attack minded players in front.