According to James Ducker of the Telegraph, Manchester United executive vice-chairman Ed Woodward will not leave the club until the end of... 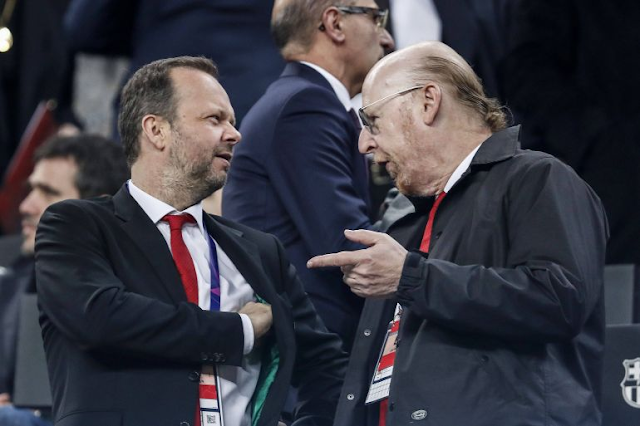 According to James Ducker of the Telegraph, Manchester United executive vice-chairman Ed Woodward will not leave the club until the end of the year, after news of his resignation just surfaced…

Ducker reports that Woodward was due to leave at the end of the year anyway, with the news only being broken now due to the risk of ‘leaks’ on the club.

It’s added that former financier’s relationship with the club’s ownership, the Glazer family, is still ‘amicable’ and then come the claims that the decision is not related to the European Super League.

Our reporter, Leah Smith, broke news in the last hour that Manchester United ‘will’ now withdraw from the plans that would severely damage football, with official confirmation expected by Friday.

Indications are Woodward was due to leave at the end of this year. Announcement he’s going at end of year brought forward to now due to risk of leaks etc. ‘Amicable’ with the owners. Reputedly not ESL related https://t.co/GWgFuSQarv

Woodward is frowned upon – if that’s the best way to put it – by many of the club’s supporters, owing to his role presiding over the club’s downfall in the last decade.

We’ll have to wait and see what kind of duties Woodward will have until his official exit, the club would be wise to keep his name away from any work owing to the outrage at the European Super League plans.