Manchester United fans protested over the Glazers at the club's Carrington training complex on Thursday.

Manchester United duo Dean Henderson and Eric Bailly reportedly showed support towards the fans who protested at the club’s Carrington training complex this morning. Angry supporters made their way onto the first-team pitch. And they were eventually talked into leaving by Ole Gunnar Solskjaer.

Manchester United are a club very much in the headlines at the current moment in time.

On Sunday, they beat Burnley 3-1 at Old Trafford - taking a giant step towards finishing second in the Premier League table in the process.

But all gloss was taken away from that victory by the announcement over a new European Super League.

United, as well as five other Premier League clubs, tried to break away from the top flight to join a glitzy and glamorous competition with other elite teams.

In the end it didn’t happen, with the Red Devils withdrawing following a strong fan backlash.

Today, fans made their way onto the first-team training pitch at Carrington to protest over the Glazers’ running of the club.

Solskjaer, upon meeting the angry fans, was asked why he was so quiet when it came to criticising the Glazers.

He staunchly opposed their takeover back in 2005 but, since replacing Jose Mourinho, has hailed them in public.

The publication says Solskjaer responded by telling the gatherers that Joel Glazer, in particular, ‘loved’ the club.

Yet supporters weren’t having it and told the 48-year-old they didn’t need a history lesson.

And, furthermore, they made it clear Glazer only loves the money he takes out of the club to turn a profit.

It’ll be fascinating to see how Solskjaer responds to the incident when he faces the media in his pre-match press conference on Friday.

But United clearly have some healing to do with their own fans, many of which won’t be truly happy until the Glazers join Ed Woodward out of the exit door.

Meanwhile, speaking on Monday Night Football just before United withdrew from the ESL, Gary Neville ripped into the Glazers and expressed a belief they should sell up and move on.

He said: "I feel slightly complicit, I've stayed pretty quiet in terms of the Glazers over the years.

“I’ve done that because I've thought when the club was taken over as a Plc you knew it could be bought. It was out of the control of players, fans and everybody.

"I believe in a free market, and I've always thought 'what's the answer to the Glazers? Who takes them out? Russia, China, state money for the £2-3 billion it would need?'

“We have got to come together. It might be too late, there'll be people at Manchester United, fans 15 years ago who will say it's too late.

“It's never too late, we have got to stop this. It is absolutely critical we do.

“But they can be beaten by Sheffield United or draw with Fulham. And they're trying to take that away to create franchise football. Never. It can never happen.

"These six owners, I hope they're panting hard and uncomfortable and their stomachs are churning.

“And the players who play for these clubs, I can't sit here and say to the players of Manchester United and Liverpool to go on strike, because it wouldn't be right.

"But lads, if you've got it in you, you can stop this. You can mobilise.

“And we must come together now, because this has been backed by six wealthy families, on the integrity of our national sport, and it must be stopped." 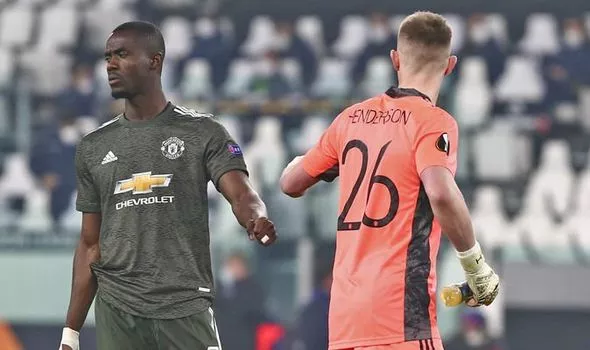