Manchester United have been handed a triple boost with Marcus Rashford, Juan Mata and Alex Telles all named as part of the 24-man travelli... 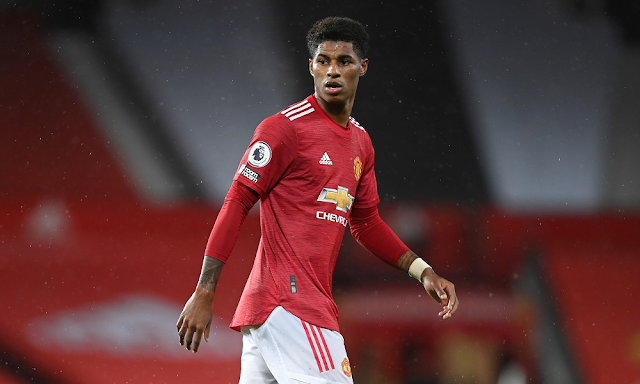 Manchester United have been handed a triple boost with Marcus Rashford, Juan Mata and Alex Telles all named as part of the 24-man travelling squad ahead of Thursday’s clash with Granada.

United have flown out to Spain to prepare for the first leg of their Europa League quarter-final and Rashford has been passed fit to make the trip after picking up a knock at the weekend.

Rashford was forced off with an ankle injury after scoring during the 2-1 win over Brighton & Hove Albion but the issue has turned out to be a minor one. The England forward has made the trip to Spain but Ole Gunnar Solskjaer has suggested Rashford may not be fit enough to play the full 90 minutes.

Telles is also back in contention after missing the win over Brighton with a knock while Mata has returned to the Man Utd squad after recovering from an injury that’s hampered him in recent weeks.

Marcus is travelling and we have to make a decision tomorrow if he starts or is on the bench. I don’t think he’ll play the 90 minutes.

Marcus is okay-ish. He’s trained this morning. He’s available to be selected, as I said, either as a sub or a starter. Juan [Mata] is back training as is Alex [Telles], so we’re looking stronger definitely. We didn’t lose anyone last weekend against Brighton.

However, it’s not all positive news for United as Eric Bailly has been ruled out of the trip to Spain after resting positive for Covid-19 recently. The defender is feeling fine but will need to return a negative test before he’ll be back in contention.

Manchester United will also be without the services of Anthony Martial against Granada after he was ruled out for several weeks with a knee injury that he sustained while away with the France squad during the international break.

Amad Troare is in the travelling squad and he’s joined by fellow youngster Anthony Elanga as the forward has been added from the club’s B list after recovering from a collarbone injury.

Here is the confirmed travelling squad, as per ManUtd.com: